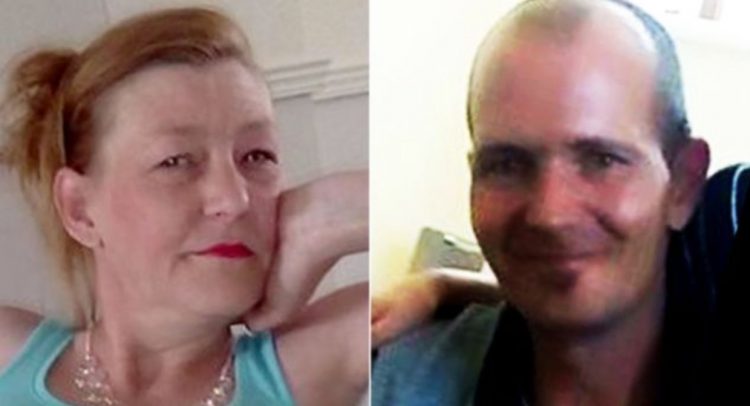 The couple poisoned by Novichok were exposed to the substance after handling a contaminated item, police say.

Charlie Rowley, 45, and Dawn Sturgess, 44, collapsed at a house in Amesbury, Wiltshire, on Saturday and remain critically ill.

Home secretary Sajid Javid said the nerve agent was the same as that used on ex-Russian spy Sergei Skripal and his daughter in March.

Russia said Theresa May’s government was subjecting them “to hell”.

Mr Javid accused Russia of using Britain as a “dumping ground for poison” after the second incident involving the nerve agent.

But a Russian Embassy spokesman said all allegations of the country’s involvement were “merely speculative”.

The Met said there were around 100 detectives from the Counter Terrorism Network working alongside Wiltshire Police on the “major incident”.

BBC security correspondent Gordon Corera said that because the highest concentration of Novichok was found on the couple’s hands, police believe the item they handled could be a container or receptacle that was used to carry the nerve agent.

He said the most likely hypothesis is that the Novichok was left over from an item discarded after the attack on the Skripals.

Metropolitan Police Assistant Commissioner Neil Basu said there was nothing in the couple’s background to suggest the pair had been targeted.

The BBC’s home affairs correspondent June Kelly said it has been suggested the item “could be a vial or syringe because of the couple’s lifestyle”.

Chemical weapons expert Richard Guthrie said it was possible that the couple came across the Novichok after it had been disposed of “in a haphazard way”.

In a statement to MPs, Mr Javid said: “It is now time that the Russian state comes forward and explains exactly what has gone on.”

He said the “strong working assumption” was that the couple came into contact with Novichok in a location which had not been cleaned up following the Skripal poisoning in nearby Salisbury.

“It is completely unacceptable for our people to be either deliberate or accidental targets, or for our streets, our parks, our towns, to be dumping grounds for poison,” he added.

He said he could not rule out the possibility that the Novichok found in Amesbury was from the same batch used in the Salisbury attack and that scientists would be “looking into that”.

Earlier, Mrs May said it was “deeply disturbing” to see two more people exposed to Novichok in the UK, and the police would leave “no stone unturned in their investigation”.

He added: “Instead of genuine co-operation, London is doing everything possible to muddy the waters, to confuse and frighten its own citizens.

“One can only guess what the reasons behind such a line of behaviour are.”

Ms Sturgess’ father Stephen, 65, told The Times the family found out from TV news that she may have been poisoned by a nerve agent.

“We heard from the hospital on Sunday, and we gave them Dawn’s GP details but we didn’t hear anything from the police.

“We know as much as the next person in the street. We actually called the police station for information.”

Natalie Smyth from Amesbury said: “I’m furious that it took four days for them [the police] to even mention it could have been Novichock.”

“Were they lying to us about it being drug related?”

Although the risk to the public remains low, Public Health England (PHE) have advised those who were in the areas from 22:00 BST on Friday and which are now cordoned off to wash their clothes and wipe down personal items.

Clothing that cannot be washed should be double-bagged and owners should await “further instructions”.

Debbie Stark from PHE said areas of Salisbury that have already been cleaned as part of the Skripal incident – such as the Maltings shopping centre – are safe.

Residents at John Baker House, the supported housing where Ms Sturgess is believed to have been staying, have been evacuated and told they will have to be rehoused.

The police warned members of the public against picking up unfamiliar items.

Sites in Amesbury and Salisbury believed to have been visited by the couple before they fell ill have been cordoned off as a precaution, including a church, park and chemist.

This latest incident is likely to raise fears about the efficiency of the multimillion pound clean-up to decontaminate nine locations across Salisbury after the Skripal poisoning.

There have been accusations from Russia that the UK is persecuting the country and failing to co-operate.

The Skripal case is still shrouded in darkness, says Russia spokeswoman Maria Zakharova, as she called on Theresa May’s government to stop the “dirty” games.

She said Russia has sent “dozens of offers of co-operation” and she was confident London would have to apologise to her country.