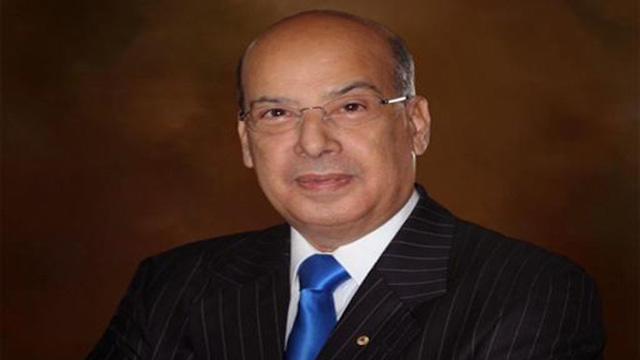 Another knee on the Caribbean’s neck

The failure of the world’s richest nations to respond adequately to the abrupt and rapid decline in the economies of developing countries, including the Caribbean, is resulting in huge increases in unemployment and poverty, and could, ultimately, erode democracy and the rule of law.

As a new World Bank report issued on June 8 rightly states: “A major natural disaster on the heels of the COVID-19 pandemic would be economically devastating for some countries in the Caribbean region”. Yet, the G20 countries have engaged in public relations exercises that point to their “pledges” to inject up to US$8 trillion into the global economy.  But there is no evidence of this money being delivered, or that it is accessible by every country that needs it.

The G20 has also failed to be responsive to the issue of suspending debt payments and rescheduling them on realistic terms that would allow countries to use scarce funds to help keep their economies afloat, and prevent a large number of their people from collapsing into abject poverty.  Instead, several G20 countries in the creditors’ organisation, called ‘The Paris Club’ are insisting on debt payments by countries whose revenues have dropped so precipitously that they can barely meet basic domestic obligations.  What is worse is that the Paris Club is refusing to authorise the International Monetary Fund (IMF) to provide funding to these debtor countries under emergency facilities.

When the impact of the COVID-19 pandemic on economies around the world became patently obvious, the heads of the World Bank and the IMF called for official creditors to suspend debt repayments by the world’s very poor countries and those eligible for support from the International Development Association. But despite appeals to recognise that some Caribbean countries, regarded as ‘middle and high-income’, also needed urgent attention, the main policy makers of the two institutions did not budge on changing their criteria.

Since then, it has become clear that COVID-19 will deliver a debt blow to these countries from which there will be no short or medium-term recovery.  They simply cannot pay the debts now.

Against this backdrop, the Washington-based journal, ‘Latin American Dialogue’, published on June 10,  asked me to respond to the question of how prepared are Caribbean countries for this year’s hurricane season in the context of the COVID-19 pandemic?   I provided this answer.

“The COVID-19 pandemic has decimated Caribbean economies many of which lost at least 20% of their GDP in the first quarter of 2020 and are forecast to experience a further 10% decline by the end of August.

Unemployment has reached unprecedented high levels and government revenues have drastically declined while expenditures have increased extraordinarily to contain the coronavirus and treat its victims, including through purchase of medical supplies and construction of facilities for infectious diseases.

Debt levels have also risen, and many governments are unable to service repayments which, even before the pandemic, were absorbing as much as 48 cents of every dollar.  Consequently, government spending on hurricane preparations has been diverted to mount programmes to feed the poor and to support the unemployed.

Payments for insurance of properties against hurricanes have lapsed through unemployment and business closures, rendering communities unable to rebuild easily in the wake of destruction by storms.

Many Caribbean countries are denied access to concessional financing from the International Financial Institutions on the sole criterion that they are classified as middle and high-income countries, even though they share many of the structural limitations of less developed countries. The Paris Club is also opposing suspension or rescheduling of debt payments on the same basis.

Therefore, there is little more that Caribbean countries can do to prepare for dangerous storms this year.  Regrettably, the G20, which could help, have remained wedded to policies that fail to recognise the dire circumstances of Caribbean countries, abandoning them to a fearsome hurricane season that could damage them even more severely”.

The picture could not be any clearer.  COVID-19 is devastating Caribbean countries, categorised as ‘high-income’ as much as it is hurting low- and middle-income ones, adding to their debt burdens and threatening a far-reaching sovereign debt crisis.

COVID-19 has worsened the problem: countries are facing high health-care costs; collapsing revenues; no capacity to service debts, and a struggle to keep their economies afloat.

There is an urgent need for a stop to sovereign debt payments to official and private creditors, to give Caribbean countries a chance to cope with yet another shock to which they did not contribute, but that now puts another knee at their necks.

If the G20 allocated a mere 0.5%, or US$40 billion, of its pledged global injection of US$8 trillion to Caribbean countries to pay off Paris Club debt and for new soft loans, the region will have a fighting chance.

This problem will not go away by ignoring it, and Caribbean governments and private sectors must ensure it is not ignored by rich governments and the international bodies they control.  The Caribbean is not owed a living, but it is owed the right to live.

Nightly church services can resume in St. Kitts-Nevis as curfew hours are reduced