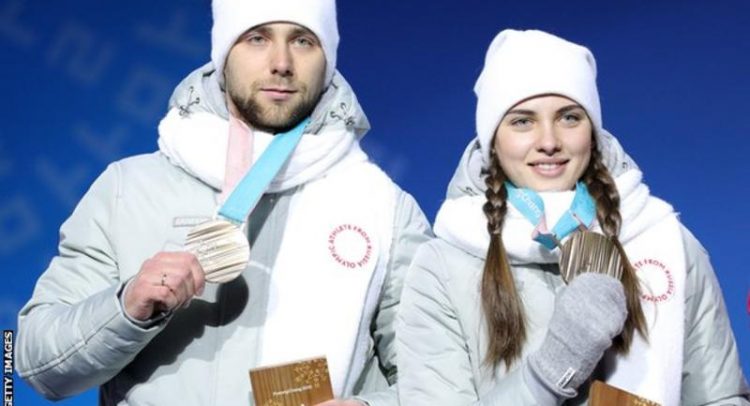 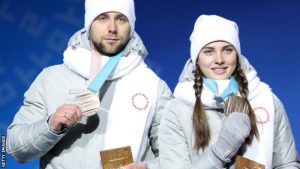 An anti-doping case has been opened against Russian medal-winning curler Alexander Krushelnitsky, says the Court of Arbitration for Sport (Cas).

Krushelnitsky, who won Winter Olympic bronze with wife Anastasia Bryzgalova in the mixed doubles, is suspected of testing positive for meldonium.

Cas opened a case against the 25-year-old following a request from the International Olympic Committee (IOC).

A hearing date has not been set and a B sample result is expected on Monday.

More than 160 competitors are in the Olympic athletes from Russia (OAR) team as their country was banned from the Games over “systemic” doping at Sochi 2014, which they hosted.

Russian athletes who could prove they are clean could compete under the OAR banner, with the team comprising 168 competitors – the third biggest behind Canada and the United States.

The Reuters news agency originally confirmed the identity of the athlete with a Russian Olympic delegation spokesman.

A spokesman for the IOC said it would be “extremely disappointing for us if a case is proven”.

An IOC statement added: “Doping, testing and sanctioning at the Olympic Winter Games Pyeongchang 2018 is independent from the IOC. Therefore the IOC cannot communicate on individual cases while the procedure is ongoing.”

The BBC understands Krushelnitsky – who won bronze alongside Anastasia Bryzgalova as part of the neutral OAR team – has left the Pyeongchang 2018 village and is in Seoul awaiting the result of the test on the B sample, which is expected later on Monday.

Meldonium, a substance that increases blood flow and improves exercise capacity, was banned in 2016.

Russian curling federation president Dmitry Svishchev confirmed to Reuters that the team’s curlers had been tested on 22 January, before flying out to South Korea, and that the tests returned then were negative.

“I have known these guys for many years,” Svishchev said. “Only a crazy person takes banned substances before a competition, before the Olympics.

“It’s a strange story. It raises a lot of questions.”

In a statement released on Monday, the IOC insisted there was “a strong testing programme” in place at the Games.

It added: “On the one hand it is extremely disappointing when prohibitive substances may have been used, but on the other hand it shows the effectiveness of the anti-doping system at the Games, which protects the rights of all clean athletes.”