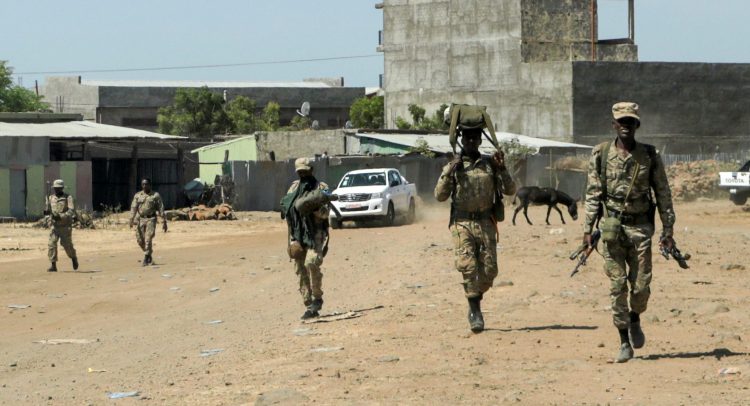 Gebremariam Hagos*, a civil servant in Ethiopia’s capital Addis Ababa, says he has not worked for two weeks.

That is when months of steadily increasing tensions between the federal government and the rulers of the northern Tigray region exploded into open warfare. In the early hours of November 4, the government announced a military operation against the Tigray People’s Liberation Front (TPLF), accusing it of committing treason by attacking a federal army base and commandeering weapons.

As fighting intensifies in the mountainous region amid a communications blackout, reports have also emerged about a number of ethnic Tigrayans in other parts of the country being allegedly dismissed, suspended and even arrested from various positions in the military, police and civil service since the start of the offensive.

“I have been suspended from work ever since the conflict broke out,” said Hagos, a father of three who has been working as a civil servant for almost 30 years. “However, my superiors in order to keep track of me oblige me to sign a daily work attendance letter.”

But it is not just job insecurity and the fear of not being able to feed his family that has left Hagos worried. He said colleagues and friends have suddenly begun to cast a suspicious eye on him, often questioning him about his “suspected sympathy to TPLF”.

“I have always been a staunch defender of Ethiopian identity. However, for the last two weeks, my name, my native language I speak has been a source of suspicion over my alleged disloyalty,” he said.

That changed in 2018 when Abiy Ahmed came to power after mass anti-government protests. Since then, Tigray leaders have complained that they have been unfairly targeted, marginalised and blamed for the country’s ills.

The federal government says its operations are aimed at restoring “order” and “target primarily the disgruntled, reactionary and rogue members of the TPLF clique”.

Hundreds of people are reported killed so far in the conflict, with tens of thousands forced from their homes and both sides accused of committing atrocities against civilians. But with internet and telephone lines largely down and journalists barred from visiting the region, independent verification of the situation on the ground has not been possible so far.

Last week, the Reuters news agency reported Ethiopian police had visited a United Nations World Food Programme (WFP) office in the Amhara region neighbouring Tigray to request a list of ethnic Tigrayan staff. According to the internal UN security report cited by Reuters, the local police chief informed the WFP office of “the order of identifying ethnic Tigrayans from all government agencies and NGOs”.

The Ethiopian government denied that ethnic profiling had taken place during the visit. Instead, it said the police were looking for suspects linked to the TPLF, not Tigrayans, and warned against any “misrepresentation” of the visit to the WFP.

In a statement on Saturday, the Ethiopian Human Rights Commission (EHRC) said it had “learned that a justified risk/threat of fear of ethnic profiling and discrimination has arisen” in the country, adding that it had visited 43 people in police custody in Addis Ababa.

“Some of the detained have reported that they have been arrested only because of their ethnicity,” the EHRC said, also noting the response by the police that the “overall operation has followed the applicable legal procedures and that most of the suspected have been released on bail”.

Aaron Maasho, a senior adviser and spokesman of the EHRC, told Al Jazeera on Saturday that the body continued to receive information from certain parts of the country from people who are facing discrimination and exclusion on account of their ethnicity. “We are monitoring these claims very closely,” he said, “[and are] calling for due care to avoid the risk of ethnic profiling and discrimination”.

Abel Berhane*, a private small-scale businessman, said he was among those who have suffered discrimination after the start of the fighting nearly two weeks ago.

Berhane, who regularly travels to Middle Eastern destinations to buy parts for his shop in Addis Ababa, said he has twice been prevented from boarding a flight after security forces at Addis Ababa Bole International Airport checked on his kebele (locality) identification card.

“[They] told me I will only be able to fly out of Ethiopia once ‘my people’ [TPLF] win the war, while my friend from another ethnicity was allowed to board the same flight,” said Berhane.

“Every Ethiopian has the right to travel. We are a functioning democracy where everyone’s rights are protected,” he told Al Jazeera on Wednesday.

“We have a list of those who are part of the TPLF junta. Anyone who is not on that list is free to go wherever they wish to go. The people of Tigray are our people. Their rights and freedoms are protected by our constitution just like every other Ethiopian.”

But people such as Berhane and Hagos said they were shaken by the recent events.

“I’m afraid to go out. I fear I will encounter danger if I go out of home,” Berhane said, referring to security checks taking place in Addis Ababa and other parts of Ethiopia.

“My fear is further exacerbated by not knowing the fate of my brothers, grandparents and aunts who live in Tigray,” said Berhane.

Hagos shared the heartache of being unable to verify his relatives’ safety and also expressed fear about the future.

“If the current conflict continues for an extended period of time and becomes even more bloody, I expect the passive hostility I’m facing to turn into active hostility and even physical attacks,” said Hagos, echoing Berhane’s concerns.

Both said they were pessimistic about what could come next, whatever the outcome of the conflict.

“If TPLF somehow comes out on top in the current conflict, I expect they will unilaterally declare independence leaving me potentially stateless,” said Hagos.

“If the federal government of PM Abiy decisively wins the conflict, I expect his administration would take revenge, by politically and economically marginalising Tigray and Tigrayans,” he added.

Main Photo: Hundreds of people have been killed on both sides and the war has raised fears of destabilisation in the Horn of Africa [File: Tiksa Negeri/Reuters]

Universal Children's Day and International Men's Day will be discussed on Working For You on Wednesday, November 18