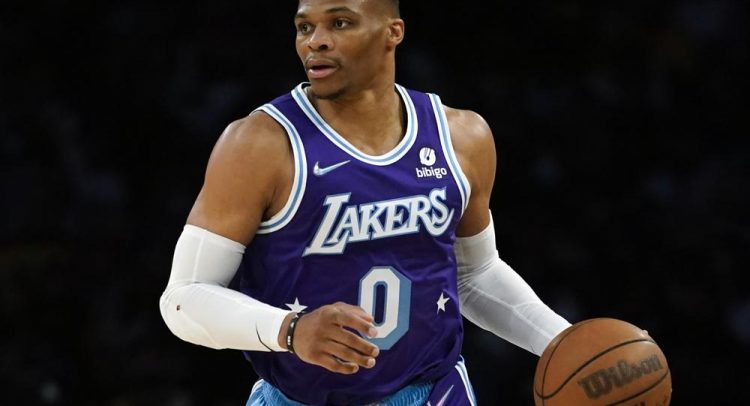 Los Angeles Lakers guard Russell Westbrook is exercising his option to play for $47.1 million next season, a person with direct knowledge of the decision said Tuesday.

The person spoke to The Associated Press on condition of anonymity because neither Westbrook — a past NBA MVP and one of the league’s top 75 all-time players — nor the Lakers revealed the decision publicly. ESPN first reported Westbrook’s decision.

It certainly was not a surprise, considering Westbrook would not have commanded anywhere near $47.1 million for this coming season had he chosen to become a free agent. He’ll turn 34 next season, his 15th in the NBA.

Westbrook had until Wednesday to make up his mind on the option, which will make this the fifth and final season of a $207 million contract he signed with the Oklahoma City Thunder. The nine-time All-Star has been well-traveled since — he was traded to Houston in 2019, traded to Washington in 2020 and was moved to the Lakers in 2021.

That created what was supposed to be a great trio: Westbrook alongside LeBron James and Anthony Davis.

It didn’t work out anywhere near as planned. The Lakers were dogged by injuries all season, missed the playoffs, fired coach Frank Vogel after the season and Westbrook has taken much of the blame for what happened.

He averaged 18.5 points, 7.4 rebounds and 7.1 assists in 78 games with the Lakers. Only four other players — two-time reigning NBA MVP Nikola Jokic of Denver, James Harden of Philadelphia, Luka Doncic of Dallas and Dejounte Murray of San Antonio — finished the season with higher averages than Westbrook had in those three stat categories.

Serena Williams loses at Wimbledon in 1st match in a year