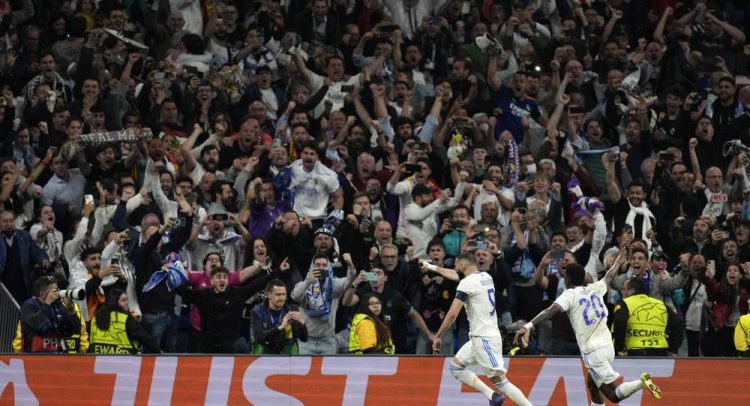 VIENNA (AP) — Revisions for the expanded Champions League format have been agreed on by UEFA officials, clubs and leagues with a scaled-back first phase and a curb on how past performances can earn qualification.

The reformatted group stage would still grow from 32 to 36 teams starting in 2024 but the number of rounds will only jump from six to eight per team rather than 10, people with knowledge of the talks told The Associated Press. They spoke on condition of anonymity because they were not authorized to discuss the contents of the private meetings.

The UEFA club competitions committee has agreed to the format tweaks. The plan will now be voted on at the executive committee meeting.

Two additional places in the expanded format would be awarded to the two countries with the highest UEFA ranking based on their teams’ results in European competitions the previous season, the people with knowledge of the talks said. If the system was already in place, it would mean the fifth-place team in England would qualify for the Champions League along with a second automatic place for the Netherlands. The team finishing third in the Dutch league would get a chance to enter the qualifying rounds.

The original plan that sparked backlash, particularly among middle-class clubs, would have awarded the two places to teams with the strongest five-season record in Europe who failed to qualify through their domestic leagues.

The distribution of the other two expansion places will see an additional team qualify from the fifth-ranked country in Europe — regularly France — and a fifth slot for domestic champions who don’t qualify automatically.

The first main stage to the new-look Champions League will see teams placed in a single standings rather than having eight groups. Only eight teams will qualify automatically for the round of 16. But finishing up to 24th out of the 36 teams will secure entry into the 16-team playoff round.

There would be 10 weeks set aside for European games from 2024 but two weeks are set to be reserved for the Europa League and Europa Conference League.

The current 32-team Champions League produces 96 games in the group stage. Dropping from 10 to eight games per team will make an extra 64 games rather than 100 before the round of 16. That would have an impact on UEFA’s predictions of revenue rising about 40% from the current 3.5 billion euros ($3.8 billion) annually from its club competitions.

The Champions League was created in 1992 from the European Cup, which started in 1955 and was a knockout tournament for most of its existence.