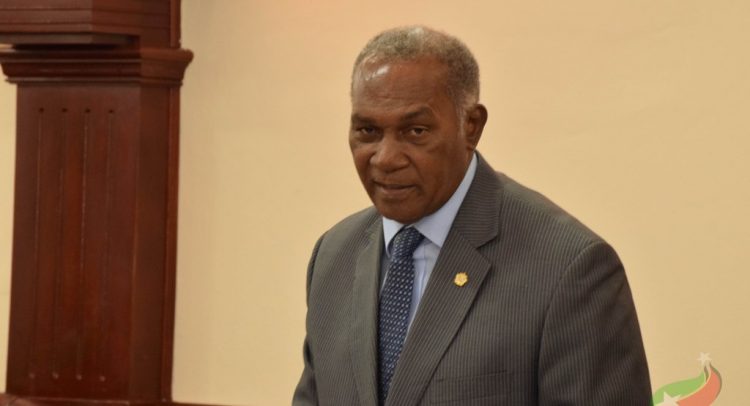 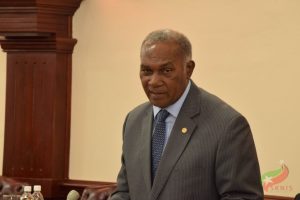 Senior Minister and Minister of Ecclesiastical Affairs, the Honourable Vance Amory, said that the institution made a bold move in wanting to be officially supported by the State.

“This church has matured over its 60 years of existence. It was registered by the Financial Services Commission on the 6th of March, 1998. I think that was an effort for the church to ensure that it had legal standing to engage in some of the activities in which it was involved,” said the senior minister. “And here today, we have come to provide parliamentary support and legal standing for this Bill so that the church can continue to do its work and feel its strength as a body corporate.”

Senior Minister Amory used the occasion to commend the church for all it does in society, while at the same time highlighting some of its involvement within the Federation of St. Kitts and Nevis.

“Mr. Speaker, the Apostolic Faith Mission has been a good corporate citizen and has been involved in daycare and preschool provision for the children in the area, whomever might want the services. It has been engaged in taking care of the sick and shut in and elderly and hosting of the Sanitation Workers Appreciation Service for over 15 years,” noted the Minister of Ecclesiastical Affairs. “It is clear Mr. Speaker that the church does not confine itself only to the matters of preaching the Word but clearly it is reaching out to the people of the community to find ways of making them more useful citizens.”

Minister Amory also saluted the church for hosting appreciation services for the Police and Defence Force as a way to honour those persons who go above and beyond the call of duty and provide security in St. Kitts and Nevis.

Senator the Honourable Akilah Byron-Nisbett fully supported the Bill, and that of the Lighthouse Baptist Church Ministries Incorporation Bill 2018, which was also passed on the same day. She gave a brief overview of the role of the church.

Senator Byron-Nisbett noted that churches are true community churches as “each brick laid and each window placed was done through community effort”.

The Apostolic Faith Mission Church dates as far back as 1958 when two female missionaries journeyed from St. Thomas to conduct evangelism work in St. Kitts and Nevis. The first church was built on Station Street in Sandy Point under their leadership and with the assistance of community members. The church was officially established on October 28, 1959.