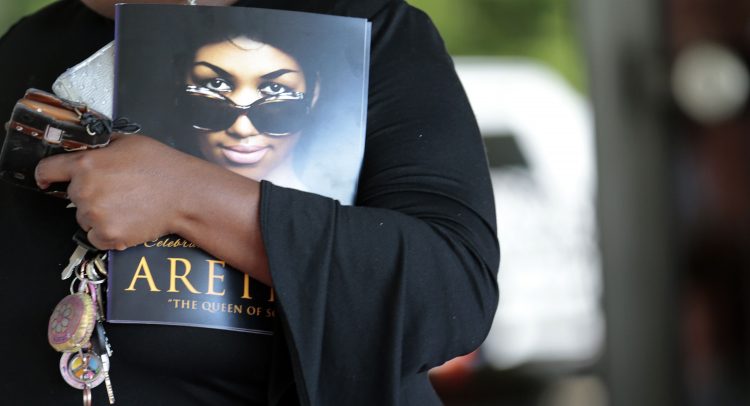 One of the clergymen who spoke at the Detroit memorial, Bishop Charles Ellis III, has issued an apology for inappropriately touching singer Ariana Grande at the dais. But Franklin’s family has a bigger beef with Rev. Jasper Williams Jr., the Atlanta-based pastor who gave the legendary singer’s eulogy.

Williams sparked controversy with his comments during the service, including a comparison to children being raised without a father to “abortion after birth.” Franklin, who died on Aug. 16 from pancreatic cancer, raised her four sons as a single mother.

Williams also clashed with attendee Stevie Wonder when he included the statement “no, black lives do not matter.” This prompted Wonder to shout out “black lives matter” in protest.

The focus on black-on-black crime and single motherhood rather than Franklin’s own legacy didn’t sit well with her family.

“He spoke for 50 minutes and at no time did he properly eulogize her,” Vaughn Franklin, the 76-year-old star’s nephew, said in a statement to The Associated Press.

Franklin added that Williams, who previously spoke at the funeral for the singer’s father some 34 years ago, “caught the entire family off guard” with his controversial comments. He called the experience “very, very distasteful.”

Williams has responded to the family’s criticism.

“I understand it,” the pastor told the AP. “I regret it. But I’m sorry they feel that way.”

Williams also addressed the backlash In an earlier interview with the AP, saying his suggestion that black single women couldn’t raise sons on their own — as Franklin did — was taken out of context. He further explained that he was trying to use her song “Respect” to motivate the black community.

“I’m sure much of the negativity is due to the fact that they don’t understand what I’m talking about,” he said. “Anybody who thinks black America is all right as we are now is crazy. We’re not all right. It’s a lot of change that needs to occur. This change must come from within us. Nobody can give us things to eliminate where we are. We have to change from within ourselves. It is ludicrous for the church not to be involved. The church is the only viable institution we have in the African-American community. We must step up and turn our race around.”