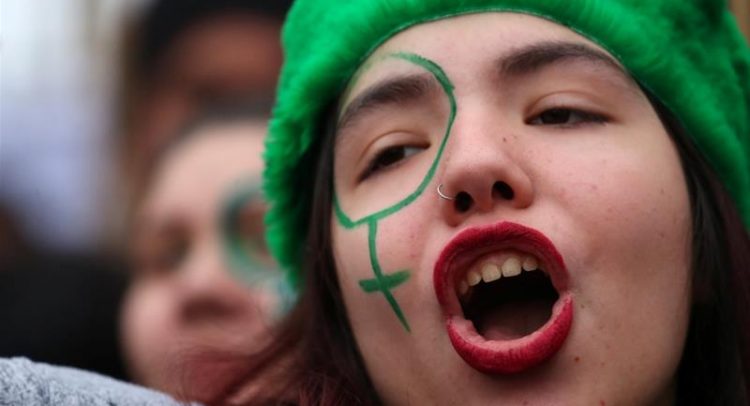 Argentina’s legislators are due to vote on whether to legalise abortion amid fiercely polarised campaigns for and against the proposed bill.

Tuesday’s vote comes a week after the Senate approved the text for the bill that was originally passed by Congress’ lower house in June by the narrowest of margins.

The proposed legislation would allow abortion in the first 14 weeks of pregnancy and beyond that in cases where the foetus suffers from conditions not compatible with life outside the womb.

The bill is expected to fall short of the necessary votes to pass into law, with 37 of 72 senators believed to be ready to say no despite a massive social campaign to have it adopted.

But despite projections and strong opposition from the Catholic Church, campaigners are not giving up hope.

“We’re doing everything so that the initiative passes. We have faith in the street movement,” Julia Martino, leading campaigner, told AFP news agency.

“We believe many senators will show their support when the vote happens.”

Amnesty International has also launched a campaign prior to the vote.

“The millions of Argentinian women and girls who have campaigned so passionately for their rights should know that people all over the world are standing in solidarity with them today. It is now time for the Senators to show that they stand by women too,” said Mariela Belski, executive director of Amnesty International Argentina.

Argentina, like most countries in Latin America, currently permits abortion in specific cases only, including rape and risk to the mother’s life.

Rights groups have criticised a requirement for a judge’s permission, which often results in lengthy delays or rejection of the procedure.

If passed, Argentina would join Uruguay and Cuba as the only countries in the region to fully decriminalise abortion.

An estimated 500,000 unsafe abortions are performed annually in the South American country.

Argentina recorded 245 cases of maternal mortality in 2016, according to official figures quoted by the website Infobae. Of these, 43 were due to abortions or miscarriages.

“We’re talking about the right to live in dignity, with autonomy, to be able to choose freely,” Elsa Schvartzman told AFP.

Senator Norma Durango from the Justice Party said she would work “until the last minute so that this becomes law”, warning that those who vote against the bill would be “responsible for continuing deaths”. But the anti-abortion rights activists have been joined by religious leaders of various faiths to oppose the bill. The Catholic Church even appointed Bishop Alberto Bochatey to handle dialogue with Congress on the issue.

More than 60 percent of Argentinians – especially young people – are in favour of legalising abortion, according to a poll by the social sciences faculty of the University of Buenos Aires.