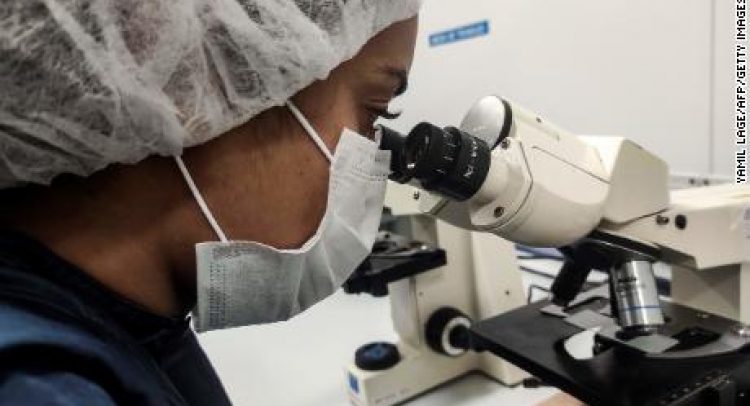 As the world vies for vaccines, Cuba’s making its own

(CNN)Cuba may be on the verge of a coronavirus vaccine breakthrough and not a moment too soon, as deaths and cases spike on the communist-run island.Starting in March, two of the island’s four homegrown vaccine candidates will begin their third and final trials, the Cuban government has announced.

While other developing countries compete with richer nations for a limited supply of doses, Cuba has gambled everything on producing their own vaccines, as much an exercise in national pride as a response to a public health crisis.

Two of the vaccines are named Soberana — Spanish for sovereignty. The remaining two are called Abdala, the name of a poem written by Cuban revolutionary icon Jose Marti, and Mambisa, referring to Cuban guerillas who fought a bloody war for freedom against the Spanish.

Cuban scientists will start the final trials for their Soberana-02 and Abdala vaccines this month, as the island experiences a surge in new cases.

For much of 2020, Cuba was able to keep the spread of the pandemic under control but a bungled reopening to international travelers in December led to a surge in cases.

February has been the deadliest month to date for the Caribbean nation with 108 deaths and 7642 new cases, according to the Cuban government’s statistics.

Cuban scientists say they expect their vaccines to be a game changer — not just against the rising Covid numbers but also for the disastrous impacts of the pandemic on their economy.

“The main object of this clinical trial is to show the clinical efficacy of our vaccine candidate,” said Dagmar Garcia Rivera, a researcher with the government-run Finlay Institute for Vaccines.”

“After that we could be in conditions to start massive vaccination in Cuba and some other countries in the world.”

“With the third trial of Soberana-02, Cuban doctors say, starting in March they will vaccinate 44,000 trial participants in Cuba. Researchers told CNN they have already made more than 300,000 doses of that vaccine and will ramp up production with the expectation that trials will show Soberana-02 to be safe and effective.Abroad, Iran has already begun widespread trials of Soberana-02 and Mexico is in talks with Cuba to begin trials soon. Suriname and Ghana are reportedly interested in buying Cuban vaccines when the drugs are ready.Rafael Hernandez, 73, took part in the vaccine’s second trial and said the side effects were mild.”

Before applying the first dose, the doctor told me they had not registered, among the hundreds of patients vaccinated, a single adverse reaction, beyond light pain, raised temperature, stiffness in the vaccinated arm, fever or mild discomfort,” Hernandez told CNN.

Cuba’s most-tested vaccine candidate, Soberana 02 is a conjugate vaccine which carries part of the spike protein from the virus, binding it to human cells.

Researchers will not know how effective the vaccine is until they complete the Phase 3 trials and they are currently studying whether vaccinating with Soberana 02 will require giving patients three doses of the vaccine.

Crombet said she was confident that Cuba would end up with more than one approved vaccine which would give the island greater flexibility to fight the pandemic.”I think at the end we might be able to implement what we call ‘prime and boost,'” she said, “which is using some vaccines for the first dose and boostering and reimmunizing.”

In addition to finishing its vaccine trials, Cuba still needs to show that it can handle the massive ramp up in production that will be required to make tens of millions of doses.

This would be no small feat for any country but a particularly daunting one for an island where the economy has been battered by the pandemic and increase in US sanctions under the Trump administration.

Many Cubans currently have difficulty finding basic painkillers and antibiotics much less a cutting-edge vaccine.Nevertheless, Cuban health officials have said they expect to vaccinate the island’s entire population by the end of the year and could even sell or donate additional doses abroad or even market ‘vaccination vacations’ to help Cuba’s hard hit tourism industry to rebound.

“We have productive capacity for millions of doses of the vaccine,” Garcia said.

“Probably more of the vaccine than Cuba needs. At some moment we have will some vaccine or some level of doses available for other countries in the world.”

Dr. Jose Moya, a Peruvian health expert based in Havana for the World Health Organization and Pan American Health Organization, said he was encouraged that Cuban vaccine researchers were complying with international protocols and providing updates on their progress.”We are following these results carefully first because the Cuban population will directly benefit from their vaccine candidates and this at some point could control the transmission in the country,” Moya said. “The fact that Cuba has four vaccine candidates is very good news not just for Cuba but for the Caribbean and Latin America.”