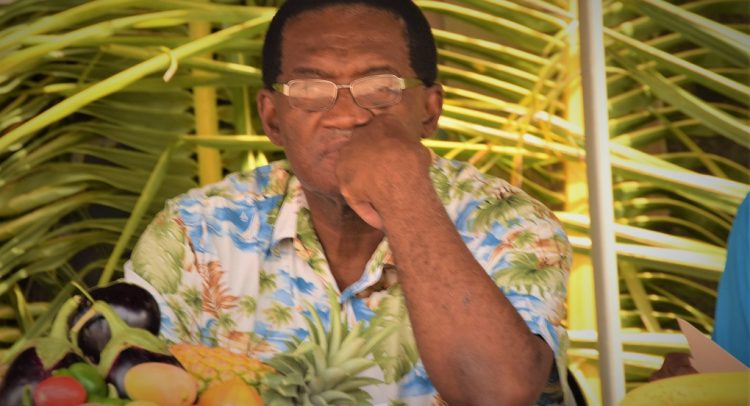 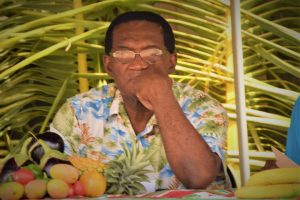 “This institution brings together persons who grow food locally and who sell them here,” said Minister Hamilton, while encouraging the residents of Sandy Point to support their own local market.

He said that the opening of the market in Sandy point is a great example of what the Ministry of Agriculture looks for on the local scene with farmers who produce to provide for local consumption.

“They to me are a great example of what the Ministry of Agriculture desires, people engaged in farming. Those people who produce are those persons who feed us and continue to employ people,” he said.

He also delivered some remarks on behalf of the president of the International Cooperative Society in commemoration of Cooperatives Day celebrated on the first Saturday in July annually. The theme for this year was “Sustainable Societies through Cooperation.”

“We will show how, thanks to our values, principles and governance structures that cooperatives have sustainability and resilience at their core. We represent 1.2 billion cooperative members. There is no other economic, social, or political movement in the world that is less than 200 years that has probably grown as much as we have,” he quoted.

He further stated that the cooperatives are a key partner with the United Nations Sustainable Development Goals (SDGs) as sustainable societies are those that reflect the environmental, social and economic pathways to growth.

Cooperatives play a triple role in that they are economic actors, as people centred enterprises with social goals and as democratic institutions who are controlled by their members, the minister said.

“Cooperatives continue to lead the way. Cooperatives have a unique contribution to make to delivering all the SDGs and the associated targets. Cooperatives demand input from members. Members must put in to get out,” Minister Hamilton said.