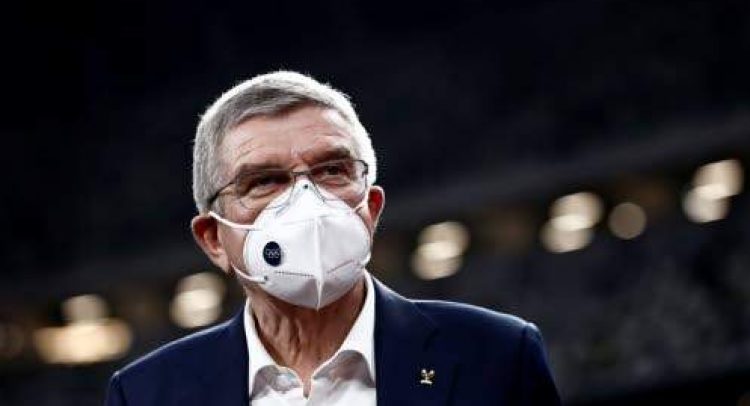 TOKYO, Japan (CMC) — Caribbean athletes heading to the Olympic Games in Japan next year can skip getting COVID-19 vaccinations.

International Olympic Committee (IOC) President Thomas Bach said it will not be mandatory for athletes attending the Games to be vaccinated, but he felt they should as a “demonstration of solidarity” with the Japanese people.

The IOC president made the announcement during a visit to the athletes’ village on Tuesday before concluding his two-day trip to Tokyo with a visit to the National Stadium.

“We will encourage athletes that whenever possible they have the vaccination because it is better for their health, and it is also a demonstration of solidarity with their fellow athletes and also the Japanese people,” Bach said.

“We made it clear from the very beginning that the first priorities are for the nurses, medical doctors and everybody who keeps our society alive, despite the coronavirus crisis. These are the people who deserve to be the first ones to be vaccinated.”

This was Bach’s first trip to Japan, since the decision this past March to postpone the Games from this year to next year.

“We share the great commitment of the prime minister that the Olympic Games Tokyo 2020 will happen next year,” he said. “We are determined that safe Olympic Games will be a symbol of solidarity and unity.

“We have a toolbox of measures against the COVID-19 virus, and together with our Japanese friends and partners we will make sure that these Games will be a light at the end of the dark tunnel in which we find ourselves.

“With your unfaltering belief in the power of sport, it is no exaggeration to say that you have forged a special friendship with the Olympic community.”

More than 11,000 athletes are expected in Tokyo for the Olympics, which are scheduled to start on July 23, with thousands more coming for the subsequent Paralympics.

Main Photo: BACH…we will encourage athletes that whenever possible they have the vaccination because it is better for their health (Photo: AFP)

US appoints first Venezuela ambassador in a decade amid tensions