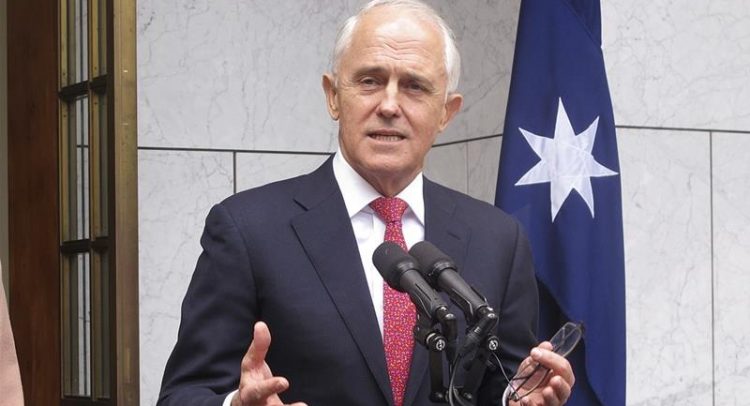 Australia’s political crisis has deepened as a government legislator said that he was planning a second challenge against the country’s Prime Minister Malcolm Turnbull.

Turnbull narrowly survived a vote of no confidence on Tuesday, when members of his ruling conservative Liberal Party backed him 48 votes to 35.

However, party MPs are calling for another meeting to be held on Wednesday night to discuss the leadership crisis, according to Reuters news agency.

The rebellion against the prime minister follows months of poor opinion poll ratings and political wrangling over a divisive carbon emissions law.

Turnbull surprised critics by calling the ballot before his challenger, former Home Affairs Minister Peter Dutton, had had time to gather support. Dutton, speaking on Australian radio on Wednesday, confirmed that he was preparing another challenge against the prime minister.

“I am not going to beat around the bush on that, I am speaking to colleagues. You don’t go into a ballot believing you’re going to lose and if I believe that a majority of colleagues support me, then I would consider my position,” Dutton told Melbourne Radio 3AW.

Dutton quit as Home Affairs minister after Tuesday’s challenge failed and another 10 ministers offered their resignations on Wednesday.

Turnbull said Dutton’s was the only senior minister’s resignation he had accepted, but a junior minister was also allowed to resign.

The threat of another challenge throws Turnbull’s attempts to unify the conservative coalition ahead of the country’s general elections – due to be held by May next year – into uncertainty.

Speaking to reporters on Wednesday, the prime minister said his leadership had been confirmed by the “iron laws of arithmetic” and his priority was now to unite the party behind him.

“What I’m endeavouring to do is to obviously ensure that the party is stable, to maintain the stability of the government of Australia – that’s critically important.”

“The cabinet ministers – apart from Peter Dutton – of course, who came to me and told me that they had voted for Mr Dutton in the leadership ballot have given me unequivocal assurances of continuing loyalty and support,” he said.

The leadership crisis has been slammed by the opposition Labour party as “chaotic”.

Months of pressure came to a head this week after months of poor opinion poll ratings, a Queensland by-election loss in July and a revolt by fellow Liberal politicians on Monday against Turnbull’s plans to enshrine carbon emissions targets in law.

Turnbull has since watered down the energy policy and scrapped planned tax cuts for corporations in an attempt to quell dissent. “In politics you have to focus on what you can deliver,” he told reporters on Monday.

Australian politics have been in flux since former Prime Minister John Howard lost power in 2007, after more than 11 years in office.

No prime minister has lasted a full three-year term since, all having been ushered out by their own parties in the face of poor opinion polls.

Turnbull, who took office in 2015 in a party-room coup has struggled to appeal to conservative voters, while disappointing others by shifting policies to the right to try to appease the powerful right-leaning backbench.

A hardline conservative responsible for overseeing Australia’s immigration policy, Dutton is unpopular with moderate voters, raising the possibility that a third candidate might still emerge should Turnbull be deposed.