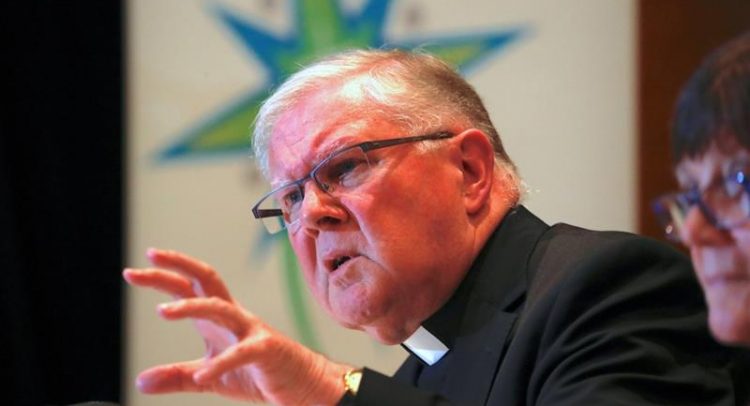 The Australian Catholic Church has rejected a recommendation to implement laws forcing priests and other members of the Church to report sexual abuse.

The Australian Catholic Bishops Conference (ACBC), the country’s top Catholic body, said on Friday it will not break the seal of confession, one of the core beliefs of the Catholic faith, even if that means the clergy might face criminal charges.

“First of all, the seal is a non-negotiable of our religious life, and it embodies a particular understanding of the believer and God,” ACBC President Archbishop Mark Coleridge said at a press conference.

“We don’t believe it will make children safer, and in certain cases we think it could make children less safe. Any suggestion that a perpetrator may, in fact, confess is removed all but certainly by the imposition of a law such as this,” he added, saying that most confessions are done anonymously and do not go into much detail.

About seven percent of Australian priests were accused of sexual abuse between 1950 and 2011, according to a five-year-long inquiry by Australian authorities into the large-scale abuse by members of the Catholic Church.

The inquiry added that more than 4,400 people reported abuse, with the average age of the victim being almost 11 for girls and almost 12 for boys.

The Catholic Church is trying to deal with thousands of cases of sexual abuse around the world.

More than 1,000 children were molested by hundreds of Roman Catholic priests in six dioceses just in the US state of Pennsylvania alone.

Last week, Pope Francis addressed victims of sexual abuse in Ireland, saying he felt shame over the Catholic Church’s failure to prevent sexual abuse by members of the clergy. He also referred to abusers as “repugnant”.

In Australia, one state and a territory have introduced laws making it a crime for priests to fail to report abuse heard in the confessional after the inquiry released its findings.

The other five states and remaining territory have said they are considering their response.

The ACBC’s response agreed to a recommendation by the inquiry to request The Vatican to create a new set of Catholic laws specifically dealing with child abuse.

“All delicts relating to child sexual abuse should be articulated as canonical crimes against the child, not as moral failings or as breaches of the ‘special obligation’ of clerics and religious to observe celibacy,” the ACBC wrote in its report.

Last month, an Australian archbishop was sentenced to a year in detention for concealing past sexual abuse, becoming the highest-ranking Catholic clergyman to face confinement for a cover-up.

Philip Wilson, former president of the ACBC, was found guilty of covering up the sexual abuse of children by paedophile priest Jim Fletcher in May, which he allegedly knew about as early as the 1970s.

That sentencing came as Australian Cardinal George Pell, the Vatican’s third-highest-ranking official, prepares to stand trial on charges of past child sex offences later this year.

Both Pell and Wilson’s charges are the result of the five-year inquiry by the Australian authorities.

Trump wants to impose $200B China tariffs next week