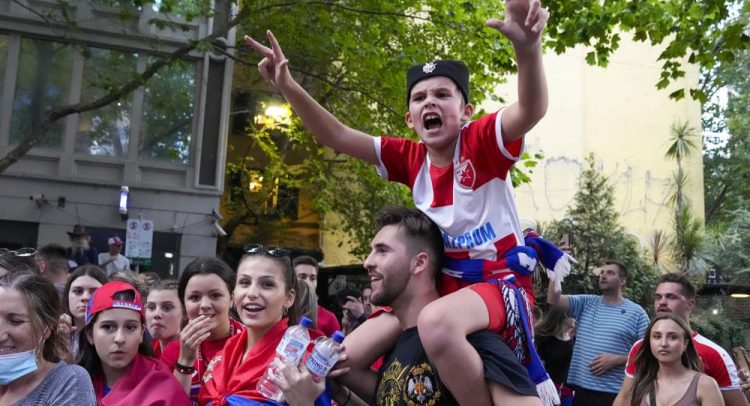 Australian judge says Djokovic can stay but saga not over

MELBOURNE, Australia (AP) — Novak Djokovic returned to the tennis court Monday for training, having won a legal battle to stay in Australia and play in the Australian Open after his exemption from strict coronavirus vaccine rules was questioned. But the government is still threatening to cancel his visa and deport him.

Federal Circuit Court Judge Anthony Kelly reinstated Djokovic’s visa, which was pulled after his arrival last week because officials said he didn’t qualify for an exemption to a rule that all non-citizens be fully vaccinated. Djokovic’s lawyers say that since he recently recovered from COVID-19, he didn’t need to be inoculated, and court documents say he is not.

The judge ruled the No. 1 player had not been given enough time to speak to his lawyers before the decision was made and ordered the government to release him from a Melbourne quarantine hotel where he has spent the last four nights.

But government lawyer Christopher Tran told the judge that the immigration minister “will consider whether to exercise a personal power of cancellation.”

That would mean that the nine-time Australian Open winner and defending champion could again face deportation and could miss the tournament, which starts on Jan. 17. It could also bar him from the country for three years.

Late Monday night, Djokovic tweeted out a photo that showed him and his team standing on one of the main show courts of the tournament. He was already back to training, his brother told reporters in Serbia.

“I’m pleased and grateful that the Judge overturned my visa cancellation. Despite all that has happened, I want to stay and try to compete @AustralianOpen,” Djokovic said in the post.

The back and forth has gripped the world and caused a furor in Australia, where many initially decried the news that Djokovic, who has been a vocal skeptic of vaccines, had received an exemption to strict rules to compete in Melbourne. Many felt the star was being given special treatment since Australians who aren’t vaccinated face tough travel and quarantine restrictions. Melbourne, in particular, has faced severe restrictions and is one of the world’s most locked down cities.

But when border police then blocked the 34-year-old on arrival, others cried foul, saying he was being scapegoated by an Australian government facing criticism for its recent handling of the pandemic.

The tennis star’s brother, Djordje Djokovic, told television network Prva in Belgrade, Serbia: “This is definitely politics, all this was politics.”

Spanish tennis star Rafael Nadal called the controversy “a circus” and said he supported the decision allowing his rival to play in Melbourne.

“Beyond me agreeing or not with Djokovic on certain things, there’s no question that justice has spoken and has said that he has the right to take part in the Australian Open,” Nadal said Monday during an interview with Spain’s Onda Cero radio.

Prime Minister Scott Morrison’s conservative government is seeking re-election for a fourth term in polls due by May.

While his government was widely praised for containing the nation’s COVID-19 death toll at the start of the pandemic, he has recently loosened some rules, just as omicron cases have been rapidly surging. He has been criticized for that strategy as well as for shortages of rapid antigen tests and for refusing to make the tests available to all for free.

At Monday’s court hearing, Djokovic’s lawyers argued their client did not need proof of vaccination because he had evidence that he had been infected with the coronavirus last month.