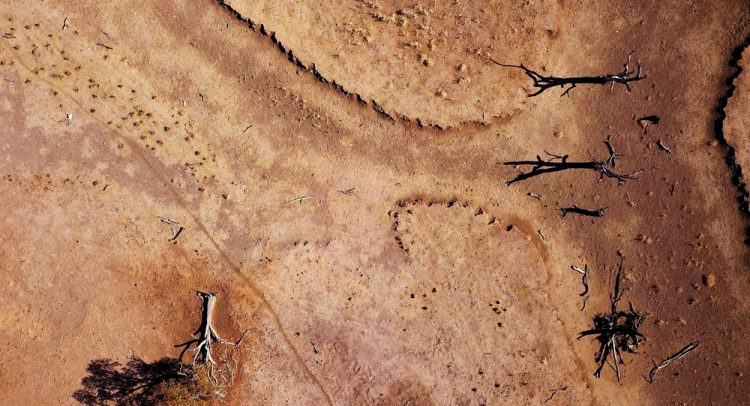 Australia’s most populous state is now “100 percent” in drought following the most intense dry spell in more than 50 years.

New South Wales officials released figures on Wednesday showing that every part of the state is affected, with almost one-quarter classified as being in “intense drought”.

Less than 10 millimetres of rainfall has been recorded in the 800,000-square kilometre state over the past month.

“There isn’t a person in the state that isn’t hoping to see some rain for our farmers and regional communities,” Niall Blair, minister for primary industries, said in a statement.

Dry conditions are expected to continue for the next three months.

Farmers are among the hardest hit by the drought, which is the driest and most widespread in the state since 1965.

There have been reports of farmers shooting cattle and hand-feeding animals because the ground is too dry for grass to grow.

The government also relaxed restrictions on shooting kangaroos in a bid to help farmers as the animals compete with livestock for grazing land.

“Many farmers are taking livestock off their paddocks, only to then see kangaroos move in a take whatever is left,” Blair said.

“If we don’t manage this situation, we will start to see tens of thousands of kangaroos starving and suffering, ultimately leading to a major animal welfare crisis”.

Agriculture contributes more than US$11bn to the state’s economy annually and employs about 77,000 people.