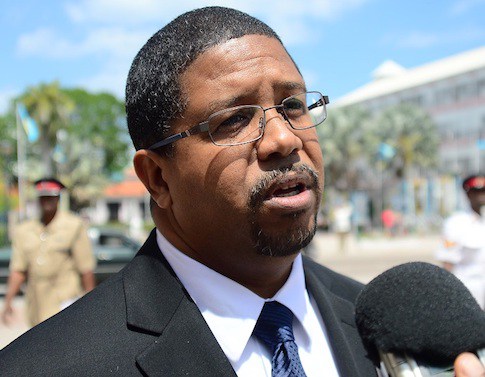 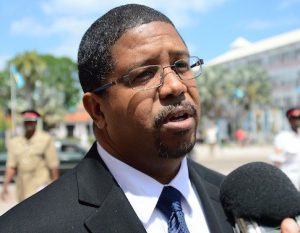 With at least one major retailer blaming a decrease in sales on the increase in value-added tax (VAT), Deputy Prime Minister and Minister of Finance Peter Turnquest said yesterday that enough time might not have elapsed to show that there is a direct correlation between the two.

Turnquest said it will take government one year of data collection to properly assess buying patterns following the VAT increase.

Turnquest was responding to a story in The Tribune’s business section insisting that the 4.5 percent increase in VAT has caused AML Foods Ltd. to see a 10 percent drop in sales.

Turnquest, who was speaking to media following a Rotary Club meeting at the Poop Deck on East Bay Street, said AML is the first business to have reported that its sales have gone down.

However, he suggested there are other reasons that the food store chain’s sales may have declined recently.

“I don’t know that there is a direct correlation,” said Turnquest.

“This is a slow season, as it normally is. One of the things we have to recognize is before the VAT implementation date, there was a whole host of people who went out and did a lot of purchasing, and so you might be seeing some of the effects of that.”

Turnquest said it might be too early to prove causality in the case of VAT. However, he admitted that consumers were likely to change their spending habits in the wake of the implementation of the 12 percent VAT rate.

“We do anticipate that there will be some effect as a result of the value-added tax increase as Bahamians, rightly so and intelligently so, adjust their buying patterns to ensure they remain within their family budgets,” Turnquest said. “I think overall it’s going okay.”

According to the deputy prime minister, the government is still getting clarifications and trying to “smooth out any wrinkles” that might arise because of the changes in the country’s tax and tariff structures. He said, though, that there have been no “significant hiccups”.

Japan heatwave kills over a dozen, 12,000 rushed to hospital