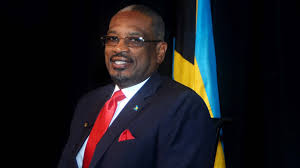 Bahamas has no interest in joining CSME, says PM The Bahamas has no intention of signing on to the CARICOM Single Market and Economy (CSME), Prime Minister Dr Hubert Minnis has told citizens.

He made his country’s position clear on his return from last week’s 39th CARICOM Heads of Government conference in Montego Bay, Jamaica, where he told regional leaders that The Bahamas cannot support the free movement of people across its boundaries.

“The Bahamas is not and will not be a part of CMSE. Bahamas will not allow free movement of people within our boundaries,” Prime Minister Minnis said.

During the three-day meeting, the issue of full implementation of the CSME was high on the agenda, and CARICOM chairman, Jamaica’s Prime Minister Andrew Holness, said Heads of Government had put measures in place to fast-track that.

However, Minnis stressed to local media over the weekend: “The Bahamas will not allow free movement of people within our boundaries so we are not a part of CSME. That must be clear, so you do not feel that because of what has happened there [at the CARICOM meeting], that Caribbean nationals would be able to move into The Bahamas quite readily.”

“We have our rules, our laws and they will continue to apply so we are not and will not be a part of CSME.”

The Bahamas is the only full member of CARICOM that has not signed on to the CSME.

Minnis is reported as telling regional heads in Jamaica that his country is “plagued with migration from Haiti, for example, and the free movement of people can pose great threats not only to our security, but employment of the Bahamian populace”.

But he stressed that although The Bahamas would stay away from the CSME, it continues to integrate law-abiding Caribbean nationals into its society.

On the last day of the CARICOM meeting, Barbados, Haiti, Jamaica, Suriname, St Lucia and Grenada signed the Protocol on Contingent Rights which seeks to give spouses and dependents of CARICOM nationals who relocate to other member states, access to benefits which were not previously afforded to them, such as health and education services.

Many injured as plane crashes in S Africa