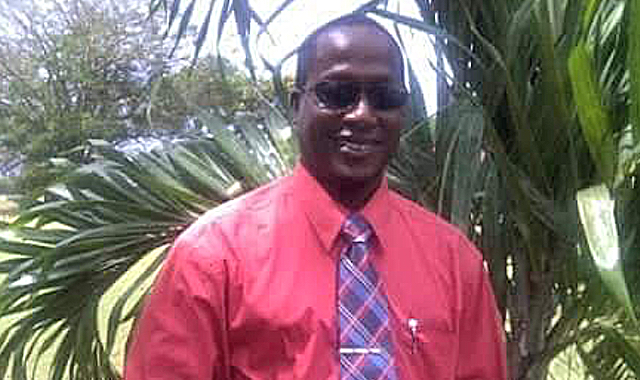 Basseterre, St. Kitts, 18th August, 2018 (MyVueNews.com) – Sergeant Leon Powell of the Christopher and Nevis Police Force was killed during an armed robbery of his bar in Newton Ground at about 1 am, on Saturday, 18th August.

According to their initial investigations, Police reported, “Investigations so far have revealed that two armed, masked men entered the bar and demanded money from him.  A struggle ensued between Powell and one of the armed men and one of them shot Powell several times about the body. He succumbed to his injuries at the scene.”

Powell served in the Police Force for over 20 years, and was part of the security detail of former Prime Minister Dr. Denzil Douglas, during his term of office.

Using his Facebook page, Dr. Douglas wrote, “It has been speculated by some that Sargeant Powell was shot down in a botched armed robbery. However, we must be careful not to jump to conclusions too early. Sargeant Powell is the second Police Sargeant to be shot down this year, 2018, Sargeant Dwight of St. Pauls being the first, murdered just three months ago on May 4th.”

Douglas continued, “These attacks on Police Sargeants in the Royal St. Christopher and Nevis Police Force, one from St. Pauls and the other from Newton Ground, are deeply troubling to all of us. Police are defenders of our society. They do not deserve to be subjected to such heinous acts of violence.”

Meanwhile, Police have informed the media of a 5:30 pm press briefing to provide an update on the unfortunate incident.

Police are asking citizens and resident to report any information they might have in the murder.

Persons with information regarding this incident are urged to contact the Violent Crime Unit by dialing 467-1887 or 467-1888, or 662-3462. Investigations into the matter are ongoing.