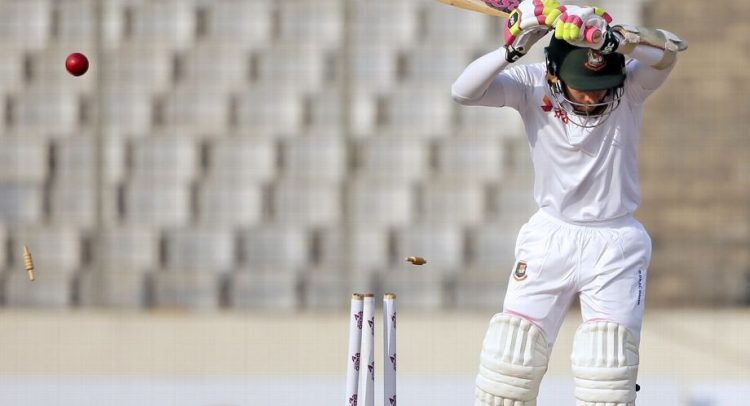 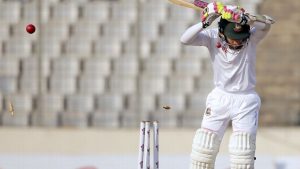 It is still quite early to gauge how much difference Kusal Mendis’ 68 will make in the Dhaka Test but on the first day, his adventurous approach already made a telling impact in Sri Lanka’s innings. It was that kind of a pitch where a really good ball was going to get you so Mendis probably thought it was best to collect some runs before that one delivery came. His tactics to work the wrists over the ball and drive through and across the line, although with some risk, on a treacherous pitch were much better than Bangladesh’s overly watchful approach in the last 22 overs of the day, which left them on 56 for 4 after Sri Lanka’s total of 222.

There wasn’t the mystery element in the pitch to assist the spinners which both sides spoke about before the match. So it was down to what mindset the two batting line-ups came out with. By being positive like Tamim Iqbal against England and Australia in Mirpur in 2016 and 2017, Mendis got the most out of his potential on a tough pitch.

Thilan Samaraweera, Sri Lanka’s batting coach, said that such was Mendis’ confidence, it looked like he was playing on a different surface altogether.

“The biggest thing [in our innings] is Kusal Mendis’s 68,” Samaraweera said. “The runs came very quickly. It was a massive part of our batting because on this pitch it is not easy to score fast, but he batted on a different track in the morning. We have to give credit to the tailenders and Roshen Silva too for batting well. But had there not been soft dismissals, we would have been happy to score 250-260.”

Like in Chittagong, Mendis didn’t let Dimuth Karunaratne’s early loss get the better of him. By the 10th over, Mendis had raced to 36 off 35 balls with seven fours before Mustafizur Rahman slowed him down with a short burst of dot balls. Mendis reached fifty with a slog-swept six over midwicket, which was his eighth boundary through the arc between backward square-leg and midwicket.

Mendis hardly let go of any short balls and often whipped his wrists over the ball to negate the spin. It took a brilliant delivery from Abdur Razzak to remove him, when the ball hung on the middle-stump line and went past his outside edge to take down the off stump.

Cut to the Bangladesh first innings, and it was evident that being too watchful on this pitch had plenty of pitfalls. The home batsmen didn’t need to copy Mendis but there was reward for a positive approach, which even Liton Das portrayed in his short stay. A bit of carelessness also didn’t help them.

Tamim Iqbal’s dismissal said as much about Bangladesh’s mindset. He was half forward and although he connects a lot of deliveries with that type of footwork against pace, he drove too early at Suranga Lakmal, resulting in a return catch. Then with his side already looking in trouble in the final 90 minutes, Mominul Haque was careless enough to be run-out, especially after showing so much restraint in the two innings in Chittagong.

Mushfiqur Rahim kept leaving Lakmal’s deliveries too close to the off stump. A firmer mindset may have helped him but he left one too many, and paid the price by seeing his off stump knocked over by shouldering arms. Imrul Kayes would be kicking himself too for not lasting until the end of the day, getting out to a full delivery from Dilruwan Perera, who had been troubling him throughout his 55-ball stay.

Liton Das, however, offered some hope for the hosts by showing the common sense to drive the drivable balls, cut the short balls and deal with the good deliveries sensibly. A bit of confidence from his 94 in the Chittagong Test, and seeing the other batsmen fall to poor shots may have helped Liton understand what not to do as Bangladesh now bank on him to get anywhere near Sri Lanka’s score.

US ready to help