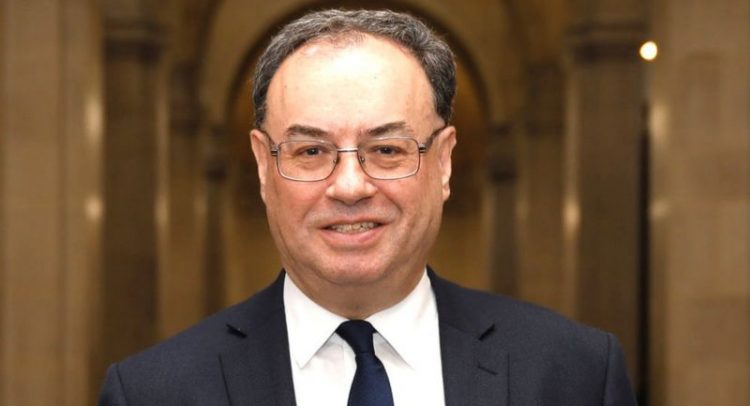 Britain’s economy shrank by 20% in the three months to June as it battled with the coronavirus pandemic, the biggest fall of any large advanced economy.

His remarks come as tighter coronavirus restrictions are imposed across the UK.

Mr Bailey warned that there is significant risk of economic growth continuing to be lower than expected.

The governor told an online event on Sunday that he expected output at the end of the third quarter to be 10% lower than the end of 2019.

“Of course, that is heightened now by the return of Covid… the risks remain very heavily skewed towards the downside,” he said during the video conference for central banks, which was hosted by the Group of Thirty, a panel of economic policymakers and senior bankers.

Mr Bailey said that it was best for policymakers to act aggressively, rather than cautiously, in the face of uncertainty,

He also touched on the ongoing debate over setting negative interest rates, which would bring the cost of borrowing below zero.

“Our assessment of negative interest rates, from the experience elsewhere, is that they probably appear to work better in a more wholesale financial market context, and probably better in a nascent economic upturn,” he said.

If interest rates are negative, the BoE charges for any deposits it holds on behalf of the banks. That encourages banks to lend the money to business rather than deposit it.

But with interest rates already low, it is not clear how much negative rates would help spur new activity.

During the same event on Sunday, the head of the International Monetary Fund (IMF) spoke about growing concerns over sharp increases in debt levels in poorer countries.

In April, officials from the “Group of 20” (G20) countries with the largest and fastest-growing economies agreed to suspend debt repayments and interest payments for the world’s poorest countries until the end of the year.

However, the IMF’s managing director Kristalina Georgieva said that urgent action was still needed in the form of restructuring debts.

“We are buying some time, but we have to face reality that there are much more decisive actions ahead of us,” she said. “Doing too little too late is costly to debtors, costly also to creditors.”

She added that global debt levels were predicted to reach 100% of gross domestic product in 2021.

In early October, the IMF said the global economy is still in deep recession, despite the fact that it has predicted a global economic contraction of 4.4%, which is more moderate than it envisioned in June.

It warned that most economies will suffer lasting damage, and that extreme poverty is likely to rise for the first time in more than 20 years.