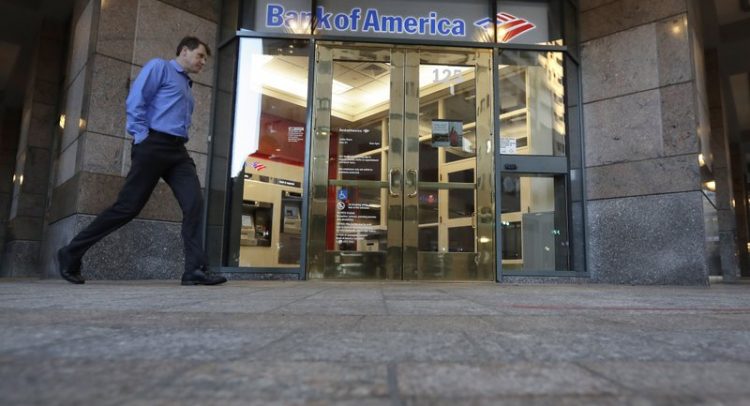 BofA was the latest major bank, after JPMorgan Chase and Citigroup, to set aside fewer dollars to cover its loan-loss reserves, after the industry set aside tens of billions of dollars in the first months of the pandemic to account for loans — once perfectly good — that were now in trouble as millions of workers lost jobs and small businesses failed.

All three banks said their reasoning for setting aside less money toward potential loan losses was the relatively improving U.S. economy. State and local economies have been doing phased reopenings since the pandemic took hold in March of this year in the U.S., with many regions now allowing outdoor dining or the reopening of businesses and offices. While still historically high, the U.S. unemployment rate has fallen from its peaks hit in April and May.

Bank of America was also negatively impacted by low interest rates. The Federal Reserve early this year cut interest rates to near zero to bolster the U.S. economy. That made it cheaper for borrowers to get money, but it cuts into the profits of banks. The bank’s net interest yield — a measurement of how much profit the bank is earning on the loans it approved — was 1.72% in the quarter, down from 2.41% a year earlier.