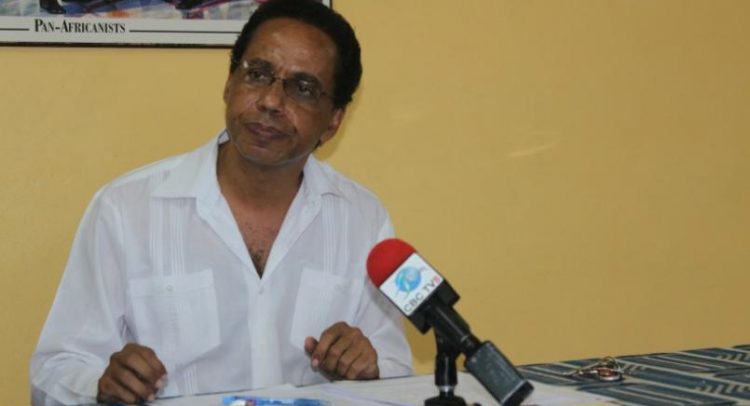 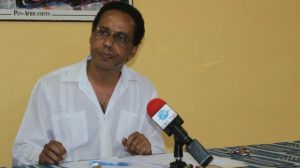 Outspoken attorney-at-law David Comissiong today questioned whether a ban would be instituted domestically against the importation of Johnson and Johnson Baby Powder, following a US$4.69 billion court judgment issued against the American manufacturer last week.

The judgment comprising US $4.14 billion in punitive damages and US $550 million in compensatory damages was handed down by a jury in the Missouri Circuit Court on Thursday.

The 22 female plaintiffs had specifically accused the company of failing to warn them about cancer risks associated with its baby and body powders.

The Pharmaceutical giant is also facing some 9,000 other legal challenges \ in a number of lawsuits across the United States.

Concerned that Barbadian women and children may have also fallen victim, Comissiong called on local authorities to take action on their behalf.

“The question that arises for us in Barbados is: who is informing the women and children of Barbados about these developments and looking out for their interests? And since we know that many Barbadian women and children literally lather themselves with Johnson & Johnson baby powder, we need to inquire whether any Barbadian females might have developed ovarian cancer from use of this product.

“And, if this is the case, we then need to determine what can be done to ensure that they receive the financial compensation that would be due to them,” he said, while suggesting that the Barbados National Standards Institution (BNSI) should take the lead in mounting a similar class action lawsuit against the American multi-national corporation.

“Surely, the court case in Missouri must have been based on credible scientific evidence and must have been going on for some considerable time before last Thursday’s verdict. In this age of information technology, does the BNSI or any other local regulatory agency monitor these types of developments internationally? And if so, why have they not alerted the Barbadian people to the cancer causing danger associated with this very popular product?

“And – most importantly – when is this product going to be banned from Barbados?” he asked.

Up to publication time no statement had been forthcoming from the BNSI on the matter.

Launch of the National Task Force and Endorsement of the Citizen Security Toolkit in St. Kitts and Nevis

After reprieve, Britain's May faces a new Brexit battle in parliament