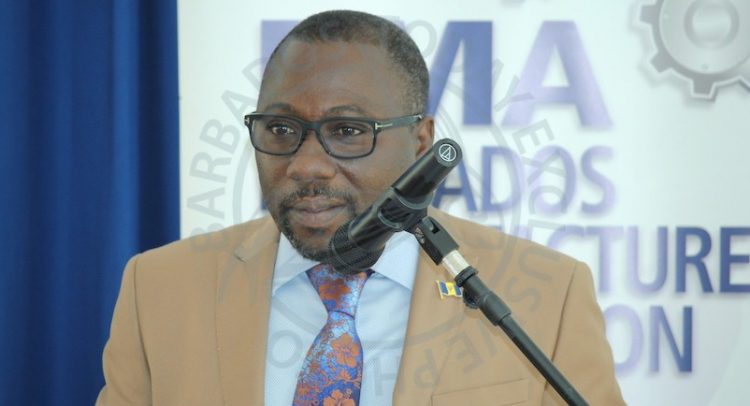 The two-month-old Mia Mottley-led Government has fallen victim to an online scam.

Confirmation of this today from Minister of Small Business, Entrepreneurship and Commerce Dwight Sutherland, while warning local entrepeneurs not to be duped into making payments to the operators of the fake scheme who he said were posing as facilitators of his ministry’s yet to be fully implemented Trust Loan Fund.

Prime Minister and Minister of Finance Mia Mottley, in her June 11 mini Budget, had announced that Government was prepared to offer collateral-free loans of up to $5,000 to budding businesses on presentation of a viable, basic expenditure plan.

However, Sutherland explained today that while the proposed scheme was at an advanced stage, it had not yet been officially launched.

“There are already persons purporting online to be facilitators of this loan [scheme]. Let me therefore categorically state that my ministry is solely responsible for this loan facility and has not given any permission to anyone to act on its behalf,” he told participants at the Barbados Manufacturers’ Association (BMA) Guide to Costing seminar at Pelican Village Craft Centre.

Without giving details, he further warned entrepreneurs that “if you go online and you see someone saying to you they need $50 in order to secure you a trust loan, you know that is not the Minister of Entrepreneurship, Small Business and Commerce”.

“The general public is therefore warned against being [duped] by such persons whose intention is to get you to extend personal funds to access this loan facility,” he stressed.

In keeping with a manifesto promise made by her Barbados Labour Party (BLP), Mottley had said that the loan programme would be “introduced within three months” or “as soon as possible” by Government, working with a relevant financial institution.

“Let me just advise that the infrastructural planning to roll out the much anticipated Trust Loan Fund is at an advanced stage and every effort is being made to give clarity and transparency to the process,” Sutherland said, while explaining that the programme, which is expected to cost Government $10 million per year, would offer a “very minimal” interest rate of roughly between 1.5 and 2 per cent.

Department of Sports Pleased with Success of Developmental Camp