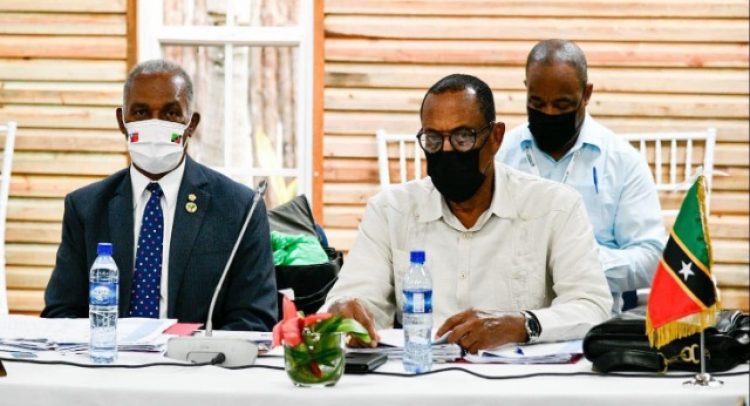 Just one month ago, I had the honour of interacting with Mr. Amory at the 33rd Intersessional Meeting of the Conference of Heads of Government of CARICOM in Belize, where he continued to demonstrate his interest in advancing the cause of Nevisians within the context of a stronger regional family.

It was therefore a shock to me this morning to learn of his passing in a London hospital where he was battling cancer.

His nation and this region will certainly miss him. Mr. Amory lived for his country, having represented it at the highest level as head of Government, but also as a cricketer of merit, who did duty with the bat for both the Leeward Islands and the Combined Islands (Windward and Leeward).

As we reflect on his life and contribution to his people, it is more than fair to conclude that lived to serve others — as a teacher, then, at age 28, one of the youngest secondary school principals in his nation, a manager of the St. Kitts, Nevis & Anguilla National Bank, and afterward as a public servant who rose to the rank of permanent secretary in the Ministry of Finance.

Without doubt, the people of Nevis recognise his dedication to his country and his leadership worth, because for two sessions over a near-two-decade span they chose him as their premier.

It is noteworthy, that having surpassed the Biblical milestone of “threescore years and ten”, Mr Amory, carrying the title “Ambassador”, was in Belize last month as part of his country’s delegation to the CARICOM talks.

He served at his country’s pleasure until the very end.To his wife Vernita, his daughters and other members of the Amory family, be assured that you have our deepest sympathy. May his soul now rest in peace, after a life of yeoman service to others.

Simmonds says Amory was a champion of Nevisian people