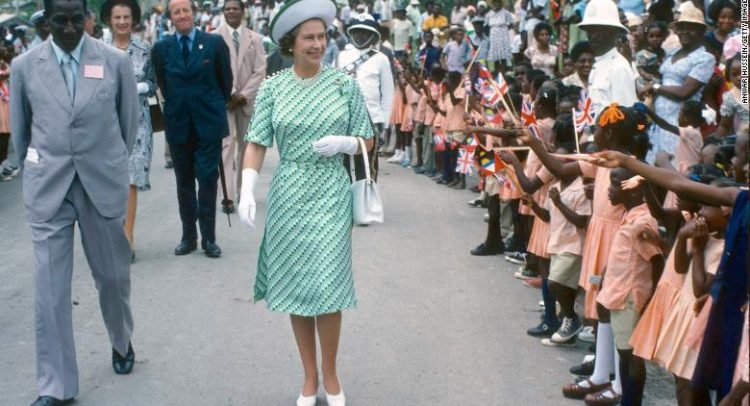 Barbados will remove Queen Elizabeth II as its head of state and become a republic by next year, its government has announced, making it the first country to drop the monarch in nearly three decades.

The Caribbean nation’s Governor-General, Sandra Mason, said in a speech on Tuesday that “the time has come to fully leave our colonial past behind.”She said the country will become a republic as early as November of next year, when it celebrates its 55th anniversary of independence from the British empire.

The Queen is head of state of the United Kingdom and 15 other countries that were formerly under British rule — including Australia, Canada, New Zealand, Jamaica and several other island nations in the Caribbean and Indian Ocean.

But many Barbadians have long agitated to remove her status — and with it, the lingering symbolic presence of imperialism over its governance — and multiple leaders this century have proposed that the country become a republic.”Barbadians want a Barbadian Head of State. This is the ultimate statement of confidence in who we are and what we are capable of achieving,” Mason said, reading a speech written by the nation’s Prime Minister, Mia Mottley, at the state opening of Parliament on Tuesday.

“Hence, Barbados will take the next logical step toward full sovereignty and become a Republic by the time we celebrate our 55th Anniversary of Independence.”

A royal source told CNN that the decision is a matter for the government and people of Barbados, adding that it was not “out of the blue” and had been “mooted and publicly talked” about many times.

Several countries dropped the Queen as head of state in the years after they gained independence, with Mauritius the last to do so, in 1992.

But Barbados’ move to fast-track a process that had previously been proposed as a topic for a public vote could signal a new wave of nations considering a push toward full self-governance, particularly as the historic role of the British empire comes under renewed scrutiny.

“That warning is as relevant today as it was in 1966,” she said. “Having attained Independence over half a century ago, our country can be in no doubt about its capacity for self-governance.”

Barbados remains a member of the Commonwealth, a union of 54 countries that were mostly former British territories.

Earlier this year, Prince Harry and Meghan, Duchess of Sussex encouraged the UK to reckon with its colonial past, highlighting the “wrongs” of its historic involvement in the countries that now make up that bloc.

Main photo: Queen Elizabeth ll is greeted by the public during a walkabout in Barbados in 1977.