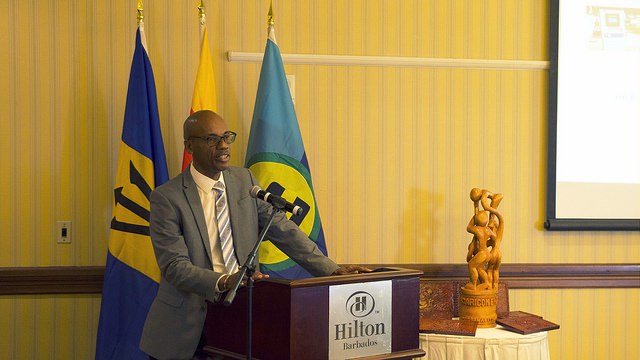 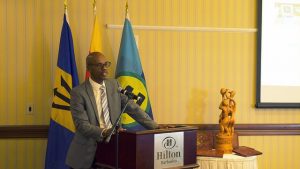 Barbados is placing emphasis on its transportation sector in its quest to become a “renewable energy island”, Mr. Jehu Wiltshire, Permanent Secretary in the Ministry of Energy and Water Resources of Barbados said recently.

Mr. Wiltshire made the announcement as he welcomed participants to an Electronic Vehicle (EV) Workshop which the Caribbean Community (CARICOM) Secretariat conducted in Bridgetown 20-21 June. An EV Expo was held following the workshop. The activities were held with the support of the Deutsche Gesellschaft für Internationale Zusammenarbeit (GIZ) GmbH, through the Renewable Energy and Energy Efficiency Technical Assistance (REETA) Programme, the Organisation of American States (OAS) and The University of the West Indies Cave Hill Campus.

The two-day regional workshop was aimed at jump-starting the dialogue on how the Region will decrease fuel consumption by transitioning to electric and hybrid- electric cars.

He said that about 33 per cent of the fuel that Barbados imported was for transportation purposes, and therefore if the Region was to “make a serious dent” in the use of fossil fuels, the “transportation sector is an area that we have to focus on”.

About 300 electric vehicles, as well as hybrid vehicles, are already plying the roads in Barbados. He pointed out that there were a number of lessons that other countries could learn from Barbados’ experience.

He commended the use of such vehicles in small states such as Barbados, which has an area of 166 square miles pointing out that their range was “good”.