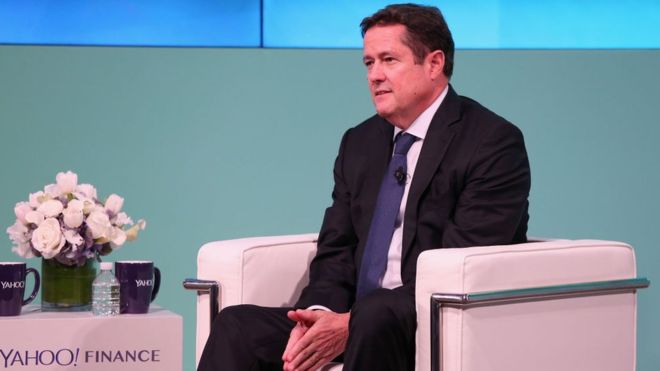 The marriage of Barclays and Standard Chartered is in many ways a tantalising prospect.

Take the new transatlantic Barclays, with a big US and European investment banking business, and a very profitable UK retail and credit card business, and bolt it on to Standard Chartered’s Asian, African and Middle East trade expertise.

Not only that, but Standard Chartered’s big Asian deposit base would be a source of cheap capital for Barclays investment bank. Voila – an all-singing, all-dancing bank with a truly global footprint.

It’s such a tempting idea that it gets kicked around every few years and folks are now doing it again for some understandable reasons. Barclays has made good progress clearing up some big outstanding items.

The fine from the US authorities over risky mortgage selling: sorted. The criminal charges over the way it raised money in Qatar in the aftermath of the crisis: dropped. The outstanding investigation into chief executive Jes Staley’s handling of a whistleblowing incident last year: resolved, with a fine and yellow card from the City watchdog. The ring fencing of its UK retail bank: complete.

With all that out the way, so the thinking goes, the board is now twiddling its thumbs and outgoing chairman John McFarlane might fancy one last big deal as his swansong.

Mr McFarlane – who used to work for Standard Chartered – has looked at this before when he joined five years ago, but both banks had more immediate fish to fry. With those fish now fried it makes sense he might look at the idea again. Certainly, deputy chairman Gerry Grimstone is a fan: he told me last year that a deal was “just blue sky thinking – but quite an interesting bit of blue sky”.

At that time no discussions between the two banks had taken place and I am told that is still the case. The other reason tongues are wagging is the arrival on the share register of activist investor Edward Bramson. Activist investors arrive and agitate for usually pretty radical change to deliver more value for shareholders. Perhaps, say some, this deal would tick that box.

Both bosses – Mr Staley of Barclays and Bill Winters at Standard Chartered – have dismissed the idea when I have put it to them in the past.

Mr Staley is focused on building a bank centred in London and New York, and has just sold dozens of businesses, and exited Africa, where the bank spent a chequered century. He has no desire to do business in the places that Standard Chartered plies its trade. Standard Chartered itself has learnt the hard way about the pitfalls of doing business in places like Iran – incurring hefty fines from US regulators.

Standard Chartered is focused on building a bank based on facilitating trade in the developed and developing countries of Asia and Africa. It has little institutional interest or expertise in investment banking – despite the fact that Bill Winters was a long time colleague of Mr Staley’s at JP Morgan’s US investment bank.

As for Mr Bramson, the activist shareholder, he has so far not been that active, and if and when that changes, it seems unlikely that this deal is the thing he would agitate for.

City sources say his plan is most likely to include getting Barclays to sell of bits of its investment bank. Investment banking is risky, and regulators require investment banks to set aside a lot more shock absorbing capital as the price of playing that game, compared to supposedly less risky retail banking. Reducing the size of the investment bank would free up lots of capital which could then be returned to shareholders like Bramson.

Never say never – but my guess is that this fairytale marriage of two of Britain’s biggest banks is, at the moment, just that.