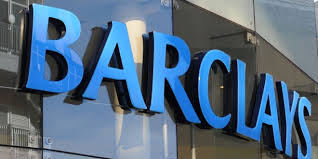 It usually means that someone with a lot of money thinks the CEO is not doing a very good job of running the company and maximising its value.

The news that activist investor Edward Bramson has taken a 5% share in Barclays had an instant effect, pushing the share price sharply higher as investors reflected on his track record of increasing the value of companies by muscling his way onto the board, shaking up the management, returning cash to shareholders by selling off bits of the acquired business and improving what’s left.

The question is just how “activist” does Mr Bramson intends to be. According to Barclays insiders the early indications are – not very.

They point to Mr Bramson’s previous investment in buyout group 3i, in which he played a very passive role and for now portray his investment as a vote of confidence in a company that could be about to experience a couple of positive catalytic moments.

First, settling with the Department of Justice over Barclays’ role in selling risky mortgages. The inevitable – but hard to estimate – fine has been hanging over the company as a known unknown for many years.

The second is the future of the CEO, Jes Staley, who has been under investigation by the financial watchdog for his attempts to unmask an anonymous whistleblower. Both these issues could be resolved in the next few weeks. That could give Barclays shares a boost if resolved positively as far as shareholders are concerned – namely a reasonably proportionate fine and Mr Staley surviving.

Mr Staley has already taken a pretty sharp axe to Barclays – exiting 20 countries including the whole of Africa where it had operated, sometimes controversially, for a century.

But one task that remains outstanding is separating the very profitable Barclays retail bank from its underperforming investment bank. If Mr Bramson agitated for that to happen, he would be on a direct collision course with Mr Staley – and then sparks could start to fly.