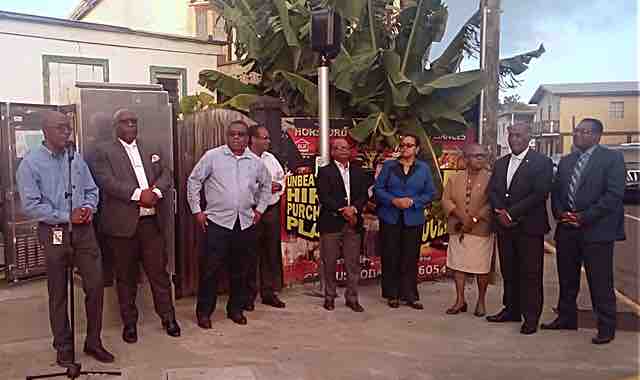 Basseterre gets its traffic lights

Basseterre, St. Kitts, 12th February, 2018 (MyVueNews.com) – With a flick of a switch, Prime Minister Dr. Timothy Harris activated the first set of traffic lights to operate in the Federation of St. Kitts and Nevis.

For a country that has resisted the technology for decades, it became a brief but historic moment, as the island country begins to cope with the flow of nearly 30,000 vehicles.

According to information provided, the introduction of traffic lights in downtown Basseterre, comes courtesy Minister Ian Patches Liburd, who has responsibility for public infrastructure, urban development and transportation.

Liburd took the opportunity to publicly alert the Prime Minister that he will be seeking financial support for phase 2 of the installation of traffic lights in Basseterre.

“Phase two will start soon, Mr. Prime Minister, and minister of finance. We will find some money,” Liburd said.

The Minister expressed thanks to the engineers at Public Works, the Licensing Authority, Police Inspector Caines, Public Works Director Cromwell Williams and the Commissioner of Police Ian Queeley for the roles played in the successful implementation of the traffic lights.

The selection of the Bakers Corner round-a-bout, the junction of Fort and Cayon Streets, as well as the junction of Bay Road and Fort Street was done through traffic flow studies.

Many students, including CFBC students conducted the traffic flow studies.

Martin Lee of the Jamaican company, Synergy, that was tasked with the installation of the systems said, “You probably will find this is the most modern of equipment that exists… We have got military grade equipment, and this means that they are probably the most robust you will find. We have also ensured that all the equipment are rated for the environment.”

Not long after the ceremony, the junction was opened to vehicular traffic to the delight of the spectators, who witnessed the smooth flow of traffic using the new traffic lights for the first time in Basseterre.

(Top photo: Members of Cabinet attending the ceremony to turn on the first-ever traffic lights in the federation.) 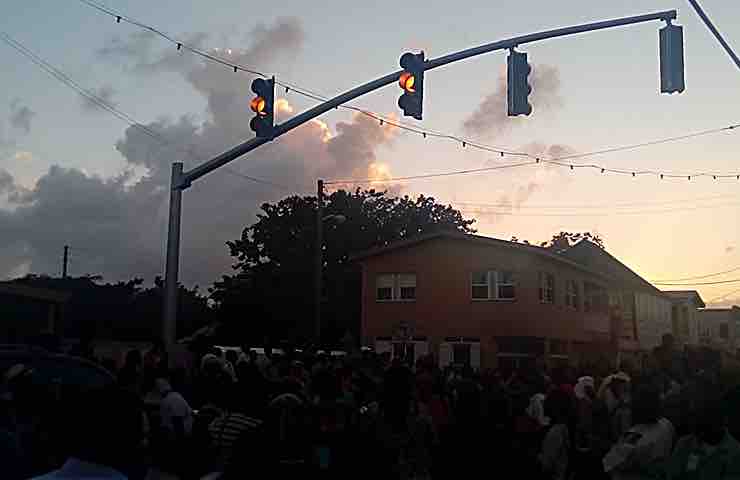 Israel squares off for showdown with Iran in Syria