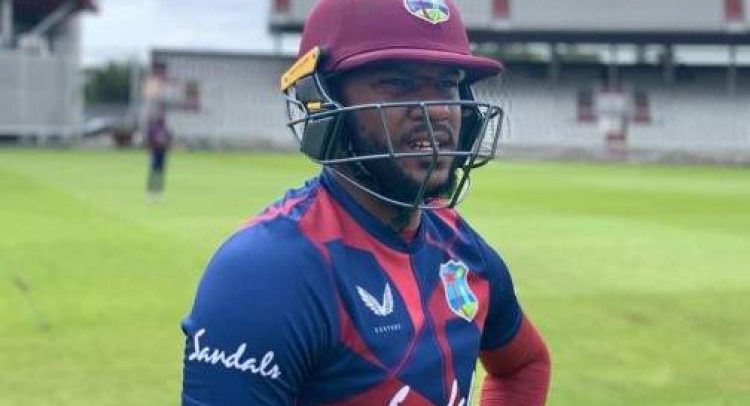 Convenor of selectors Roger Harper has pointed to West Indies’ erratic batting as the key to any hopes the Caribbean side harbour of winning their first Test series in New Zealand for quarter of a century.

West Indies batsmen have struggled in recent series to get significant runs on the board, and the deficiency led to their 2-1 defeat to England last July and the surrender of the Wisden Trophy just over a year after they recaptured it in the Caribbean.

Not a single Windies batsman managed triple figures in that three-Test series, with Jermaine Blackwood’s 95 in the visitors’ four-wicket win at Southampton proving the highest individual score.

“New Zealand is not going to be an easy tour,” warned Harper, who is expected to announce the squads for both the Test and Twenty20 International series shortly.

“New Zealand are very competitive and in their own backyard especially. They play very well as a team and they execute their plans well and they execute well so we’ll have to be at the top of our game.

“A lot of questions are going to be asked of our batting and that’s the department that really has to stand up for us in order for us to be competitive and have a real chance of getting a positive result in the series.”

West Indies surpassed 300 just once on the England tour, the total coming in the first innings of the Southampton Test, but the batting declined significantly thereafter.

In fact, in their next four innings, West Indies passed 200 only once, while also suffering several shocking batting collapses when seemingly poised for competitive totals.

In the Manchester second Test, West Indies were well placed on 199 for three in their first innings on the penultimate day, after the entire third day was wiped out by rain.

However, they lost seven wickets for 88 runs to buckle quickly and when left with the task of surviving two-and-a-half sessions on the final day in an academic run chase of 312, they folded meekly for 198.

Harper, a former Test off-spinner, underscored the importance of large totals if West Indies were to put pressure on a strong New Zealand unit.

“Certainly we have the ability [to win the series] but we really have to apply ourselves and execute well,” he told StarCom Radio’s Mason and Guest cricket show.

“Batting is the key. We have to put big scores on the board. I think if we can score a total in excess of 600 runs in a Test match, we give ourselves a good chance.”

Harper said while winning away series was always difficult, he hoped West Indies were able to make improvements on the positive things achieved during the England series.

West Indies face New Zealand in the first Test at Seddon Park in Hamilton bowling off December 3 and in the second Test at the historic Basic Reserve in Wellington beginning eight days later.

The series will be preceded by three T20 Internationals, the first of which is carded for November 27 in Auckland, with the last two scheduled for November 29 and 30 in Mount Maunganui.

Thai PM refuses to resign, police crack down on protesters