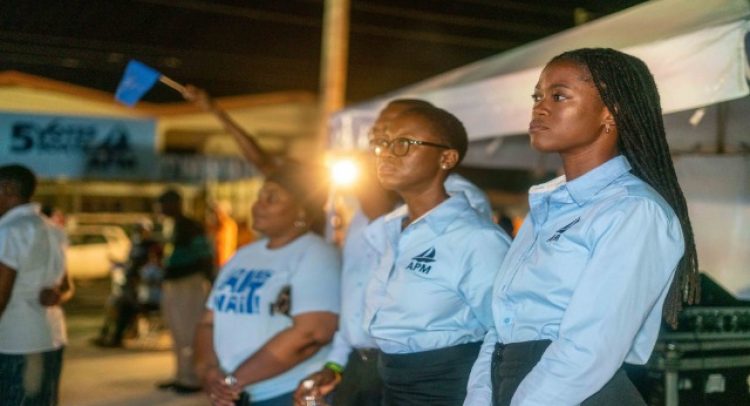 Basseterre, 30th June, 2020 (MyVue News.com)- After almost 40 years of an active life in politics, the Premier of Anguilla, Victor Banks, was on Monday night ‘retired’ from elective politics, following the sound trashing he received from a young woman who had never before contested the polls in that territory.

The defeat by 106 votes was a strong message for change in the island and perhaps a warning to politicians who remain on the scene for too long.

When news first broke in 2019 that the 27 year old lawyer, Dee-Ann Kentish Rogers, was planning to challenge the sitting Premier, many wondered why she chose a suicide mission for her entry to island politics.

But Kentish-Rogers and her fellow candidates in the Anguilla Progressive Movement, (APM), mounted an aggressive campaign that electrified the electorate, especially those following via social media.

However, for many, the turning point in the campaign for Kentish-Rogers, came during the debate with Premier Banks. Though Banks, a former Minister of Finance, showed superiority in his knowledge of the issues related to finance and government, the young candidate held her own and dominated the general discussion.

She showed intelligence and familiarity with the issues and painted a brighter vision for her constituency and the island on a whole.

Banks looked calm and confident but also displayed a sense of pending defeat and political fatigue. Based on the results, the voters had a similar reading and took the decision to make a change.

The change became official just after 10:00 p.m. on Monday night, when the results came in for District 4, showing Kentish-Rogers with 867 votes, compared to the 755 obtained by Banks.

The cheers rang out in homes across Anguilla and in the constituency of Valley South.

The large crowd, holding vigil on the outside of the House of Assembly, was comprised mostly of APM supporters, and they too erupted in applause and cheers, when the Returning Officer made the announcement and the results appeared on the display screen.

In most elections, the focus is usually on the competing political leaders, vying to become head of government. Not this one, from the very start, the spotlight was beaming on Kentish-Rogers.

It was obvious that she had become the darling of the entire campaign and the star attraction of her party.

However, there was also a time when Victor Banks too was a shooting star in Anguillian politics.

He was only 33, (6 years older than Kentish-Rogers today), when he, in 1981, was first elected to the seat in the Valley North, becoming the youngest minister of government at the time.

His first appointment was as Minister of Social Services. He eventually became Premier in 2015, when his party swept the polls, winning 6 of the 7 seats, that were then in the Assembly.

The constitution was only recently changed to increase the Assembly seats from 7 to 11, by adding the 4 Island Wide category to be used for the first time in the election just held.

Banks’ party lost all but one of those new seats. He also became the first Premier, when the title of Head of Government was changed from Chief Minister, in 2019.

The former model also qualified as a trained lawyer before taking the dive into politics. Now the population of Anguilla is looking to her as future leadership, not only of her party, but even Premier, one day.

For now, she is slowly starting to adopt to the reality of her new position and the task ahead.

The election in Anguilla was held on Monday 29th June, 2020 and the APM won 7 of the 11 seats in the House of Assembly, with the outgoing AUF, taking the other 4.

Suriname moves ahead with democratic transition of new Govt