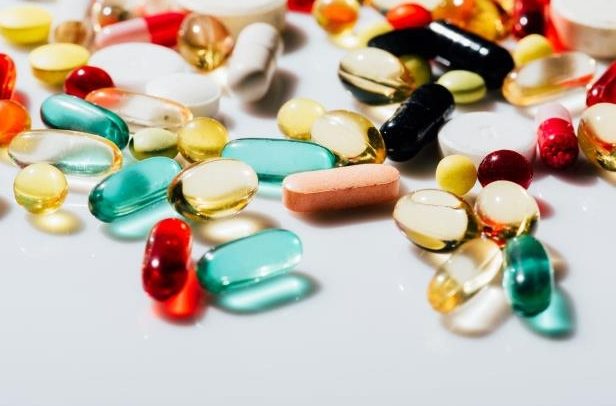 For centuries, women have turned to creams, superfoods, and potions for the sake of beauty. But today, an increasing number of people are instead popping a pill—taking so called beauty vitamins, ingestible capsules, or gummies that all promise to improve their hair, skin, and nails. But the science behind this method is not so clearcut. Like far too many attempted beauty cures before it, most of these vitamin regimens come with tall claims, lowly research to back them up, and occasionally, the potential to cause harm.

There’s no question that this beauty trend is taking hold. Walk into any cosmetic store and the shelves are stocked full of a variety of pills all with similar hair, skin, and nail improving claims. Recent research reflects this. According to a Business of Fashion article last year, about 20 percent of supplement users in the United States take them for skin, hair, and nail benefits. As a whole, dietary supplements—the term used to describe all ingestibles meant to improve or boost your health—were a $133 billion market worldwide in 2016 and expected to grow to $220 billion in 2022.

Why are people turning to a vitamin to fulfill their skin goals? Dermatologist Patricia Farris, a clinical associate professor at Tulane University School of Medicine, says Americans are starting to value a “beauty from within” approach.

“We’ve always done the inside out approach in the United States, but in places like Asia… they’ve long valued nutrition and the role of nutrition in anti-aging and growing hair,” she says. “We’re just starting to see it now in Western culture.”

You’ve probably seen these little magical vitamins all over Instagram, and in beauty and skin product-specific stores like Sephora and Ulta touting often vague, yet highly appealing, claims. One vitamin by Hum Nutrition, a popular maker of supplements sold by Sephora, claims to have the “key nutrients critical for good looks and health.” Another by well-known skin care brand Murad promises to “provide the nutrients needed to support the body’s natural defense against blemish-producing toxins.”

But let’s answer the big question. For all their hype, do they really work?

That’s a challenging question to answer, according to Pieter Cohen, a physician at Cambridge Health Alliance who has done independent studies on dietary supplements. The main reason, says Cohen, is that beauty supplements aren’t backed by extensive clinical research. Further, he says, an ingredient that’s proven to work topically won’t necessarily work orally. “Some ingredients are being promoted as though they enhance beauty without any trials. It’s completely legal in the United States, even if you don’t have a single human trial,” he says.

Research that does exist for certain beauty supplements is largely industry-funded, though that doesn’t automatically mean it should be dismissed. “Just because a company does a study doesn’t mean it’s an invalid study,” says Farris, who has worked as a consultant for cosmetic companies creating vitamin lines. “Many studies are done in research labs [by independent scientists] but sponsored by the company.”

Countless numbers of these studies exist, and many of them have yielded results that have helped to draw conclusions and piece together any connections between supplementation and strengthened skin, nails, or hair. One good example is Viviscal, a celebrity-endorsed, research-backed hair growth supplement. The oral marine protein has been extensively tested in randomized, double-blind studies, which showed that they promote hair growth.

Research also backs ingredients like vitamin C and E. A 2016 study showed that women aged 40 to 70 who supplemented with a specific mixture of antioxidants, including vitamin C and zinc, had improved skin brightness and less dark circles, spots, and redness.

Collagen hydrolysate, which are broken collagen fragments that make it more bioavailable, and thus more readily absorbed by the body, also appears to be scientifically proven. Collagen is commonly used in beauty supplements because it’s the protein in our bodies that helps our skin retain its elasticity and tone. And it’s popularity seems to be increasing. According to market research firm Nutrition Business Journal, American consumers will spend about $122 million on collagen products this year, up 30 percent from last year.

Skin researchers also have a pretty solid understanding of the mechanisms through which this improved skin resilience comes from. “You can’t absorb a whole molecule of collagen, but you can absorb collagen building blocks,” Farris says. “[Studies show that] when you take these building blocks of collagen, you can boost collagen production in the skin and make the skin look better.”