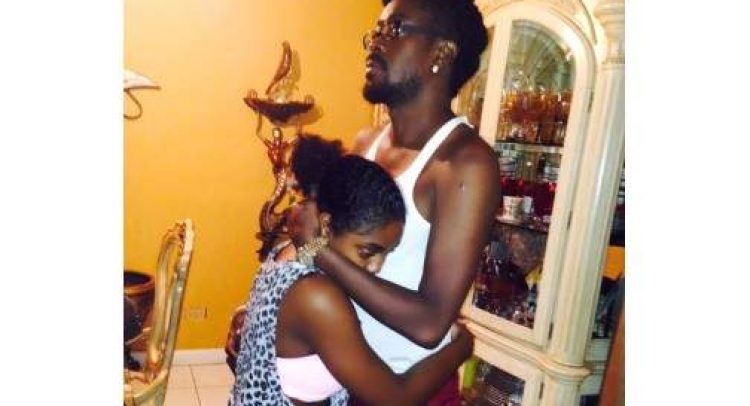 Crystal Davis — daughter of Beenie Man and former dancehall queen Carlene Smith — says her father “is doing okay” after a video surfaced on Sunday showing the entertainer fainting at the funeral of his mother in St Elizabeth.

According to Davis, what transpired was the culmination of her dad being a bit overwhelmed and exhausted.

She said seeing her father in that state added to her own heartbreak.

“Now I was crying because of my grandmother and because of my dad; seeing him in that state and knowing how he loved his mother,” she said. “The family… everyone was torn apart… emotionally distressed. It was just sad. Several other cousins fainted too.”

Davis said all her siblings — Marco Dean, Moses Jr, Mosiah, Ikyra, Deshagaye and baby Xiah — were present and were a “pleasant distraction”.

On Sunday, a video emerged of Beenie Man fainting at the graveside of his mother, Lilieth Sewell, at the family plot in St Elizabeth. He had to be lifted away by mourners.

Sewell reportedly suffered a stroke in July 2020 and was hospitalised at the University Hospital of the West Indies in St Andrew for some time before being discharged. She, however, died in September.

“I want to thank everyone who sent their condolences and their kind words and support. I also want to thank my mom, who comforted me during that rough time… as well as Aunty Kitty from Eternal Rest Funeral Home,” Davis added.

Entertainers Bounty Killer and Richie Stephens were also in attendance.

Beenie Man (given name Moses Davis) is a Grammy-winning dancehall artiste. He is known for songs, including Girls Dem Sugar, Who Am I, Romie, Slam, and I’m Okay.