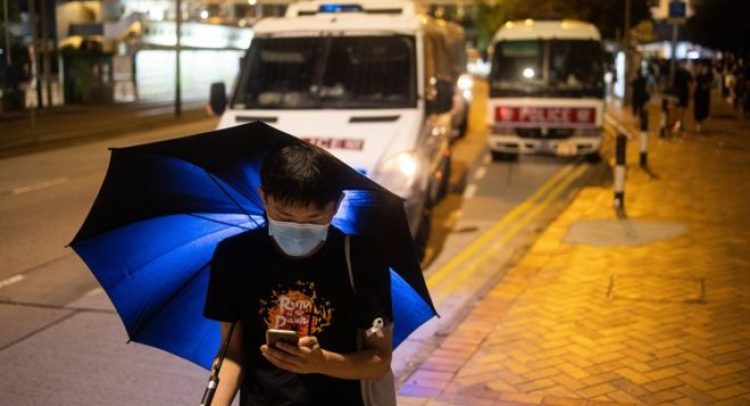 Beijing to set up new security office in Hong Kong

The new security law will also override any local laws that conflict with it, Xinhua news agency reported.

The planned law has sparked protests and drawn international condemnation.

Critics say it will destroy the freedoms Hong Kong enjoys but which are not available in mainland China.

On Friday the European Parliament voted to take China to the International Court of Justice in The Hague if the law was imposed.

But China says the law is needed to tackle separatist activity, subversion, terrorism and collusion with foreign elements and rejects criticism a interference in its affairs.

Hong Kong was handed back to China from British control in 1997 under an agreement centring on a “one country, two systems” principle that guaranteed certain freedoms for Hong Kong and that do not apply in the mainland.

What is in the new law?
Details were published after a three-day meeting of the main decision-making body in China’s parliament, the Standing Committee of the National People’s Congress.

Ms Lam has backed the proposed law and has denied that Hong Kong’s freedoms under the “one country, two systems” will be affected.

The Hong Kong government will be required to carry out most enforcement under the new law, but Beijing will be able to overrule the Hong Kong authorities in some cases.

“If the local laws… are inconsistent with this Law, the provisions of this Law shall apply. The power to interpret this law belongs to the Standing Committee of the National People’s Congress,” Xinhua said.

The process of creating and finalising legislation in China usually takes some years, BBC Reality Check’s Wanyuan Song says, with one law for Taiwan taking five years to pass from when it was first proposed.

But state media says the new security law planned for Hong Kong could be published this summer, although it was proposed just a few months ago, she adds.

What reaction has there been to the planned law?
The US says the law means Hong Kong is no longer sufficiently autonomous to merit special treatment under US law.

This potentially paves the way for Hong Kong to be stripped of trading privileges, such as lower tariffs, meaning that the US would treat it the same as any other mainland Chinese city for trading purposes.

Meanwhile the UK says it will change its immigration rules and offer millions of people in Hong Kong “a route to citizenship” if China imposes the new law.

Why is China imposing the law?
The 1997 handover agreement between the UK and China – a mini-constitution called the Basic Law and a so-called “one country, two systems” principle – envisages Hong Kong rights that include freedom of assembly and speech, an independent judiciary and some democratic rights which no other part of mainland China has.

Under the same agreement, Hong Kong is expected to enact its own national security law – this was set out in Article 23 of the Basic Law.

But its unpopularity means it has never been done – the government tried in 2003 but had to back down after protests.

Then, last year, protests over an extradition law turned violent and evolved into a broader anti-China and pro-democracy movement.

Empolyers to notify the Labour Department of staff changes