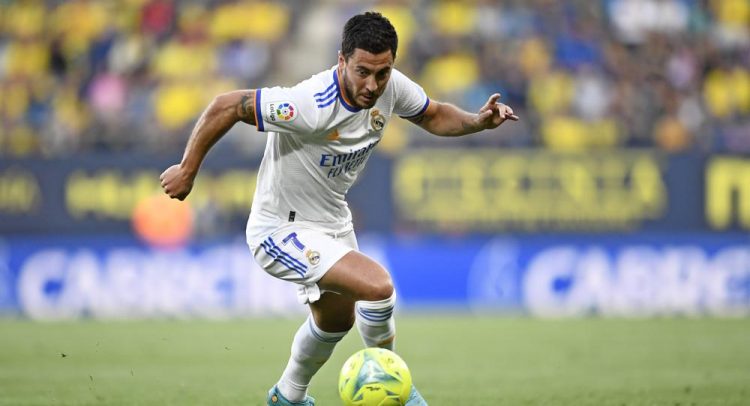 BRUSSELS (AP) — Kevin De Bruyne, Eden Hazard and Romelu Lukaku were all called back into the 32-man Belgium squad on Wednesday ahead of upcoming Nations League matches.

Belgium coach Roberto Martinez had rested the Red Devils’ big names for matches in March to focus on players with fewer than 50 international appearances. But with the Nov. 21-Dec. 18 World Cup in Qatar to prepare for and competitive matches back on the schedule, Martinez said it’s crucial for the core of his team to spend time together.

“This is the real competitive camp. We’ve got 14 days, four games, something that we have never done before,” Martinez said. “This is a very experienced group. We’ve been working together now for six years, we know each other very, very well, and it is important that we get that time together.”

Belgium will first take on the Netherlands on June 3 and then play Poland before traveling to Wales. Martinez’s team will conclude its four-game steak with a final match at Poland on June 14.

Belgium’s next gathering before the World Cup in Qatar will be in September, with two more Nations League games to play and just about seven days together.

“So you can imagine the June camp will be essential,” Martinez said.

In Qatar, Belgium will play at its third straight World Cup. It will likely be the final chance for the country’s “golden generation” of players to win the major title it craves following repeated failures in recent years. Belgium made it to the semifinals at the 2018 World Cup and was eliminated in the quarterfinals by eventual winner Italy at last year’s European Championship.

Hazard — Belgium’s emblematic figure over the past 10 years — made his return to competition with Real Madrid this month following ankle surgery and Martinez is happy to have the playmaker back in his squad.

“Let’s hope that Eden can arrive at his best possible level for the June camp, because we need Eden happy and fully fit, because we are a stronger team that way,” he said.

In addition to the seasoned players and stars at his disposal, Martinez also called up two new faces, Amadou Onana and Loïs Openda, who have impressed with the under-21 team.

Onana, who plays as a midfielder for Lille, has a versatile profile and will likely be used in a No. 6 role, while Openda — a striker with Vitesse in the Dutch league — offers a panoply of skills to complement Belgium’s already solid attacking line.

“Very quick, always running into space,” Martinez said when asked about Openda’s qualities. “He is the record goal scorer at the under-21 level for Belgium football, with 13 goals. The stats speak for themselves, and with that is the maturity and the responsibility he is taking.”

Martinez did not select forwards Christian Benteke and Divock Origi, but insisted it does not mean their future with the national team is compromised.

“We’ve seen Christian and Divock in the last two camps, we know them well, they are still players that we count on,” Martinez said.

Rennes forward Jeremy Doku also missed the cut but Martinez said he just wanted to give him time to recover following his injury-marred season.

Real Madrid’s Eden Hazard runs with the ball during a Spanish La Liga soccer match between Cadiz and Real Madrid at the Nuevo Mirandilla stadium in Cadiz, Spain, Sunday, May 15, 2022. (AP Photo/Jose Breton)