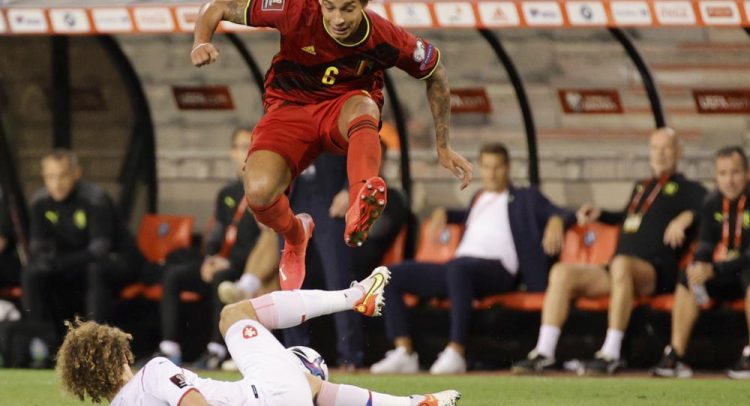 Belgium’s Carrasco, Witsel and Courtois out of qualifier

BRUSSELS (AP) — Belgium players Yannick Carrasco, Axel Witsel and Thibaut Courtois have been released back to their clubs ahead of a World Cup qualifier against Belarus on Wednesday.

The trio did not travel with the squad to Kazan, Russia, where the game was switched due to sanctions against the Minsk government.

Belgium coach Roberto Martinez will also have to deal with the absence of Romelu Lukaku, Jan Vertonghen and Thomas Meunier, who left the national team after they beat the Czech Republic 3-0 on Sunday.