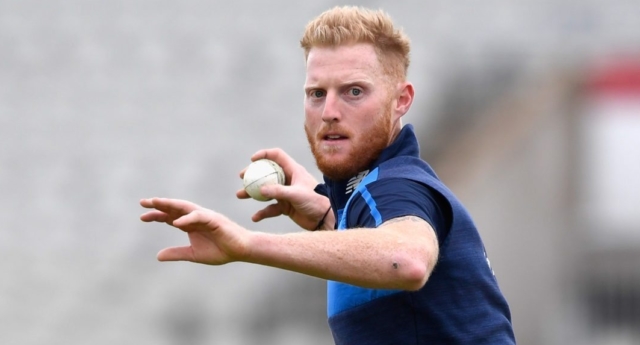 Ben Stokes will make his England return in the third Test against India at Trent Bridge on Saturday – four days after being found not guilty of affray.

The 27-year-old Durham all-rounder missed the second Test because of a trial that concluded on Tuesday.

He takes the place of Sam Curran, who was named man of the match in England’s win in the first Test.

“Ben is a proven performer for us for a long period of time and he also played exceptionally well at Edgbaston. He’s in a really good place to go out and play for England.”

England have a 2-0 lead and will seal the five-match series with victory in Nottingham.

India captain Virat Kohli is fit to play despite struggling with a back problem in their huge defeat at Lord’s.

Stokes was not initially named in the England party for the game in Nottingham, but was made available for selection after being found not guilty by a jury in Bristol.

Though he has been cleared of any criminal charges, he is still to face the England and Wales Cricket Board’s disciplinary commission over the events outside a nightclub last September.

For now, he is free to play for England and returns at the earliest opportunity after proving his fitness over two days of practice at Trent Bridge.

When asked about Stokes’ readiness to play, Root said he had “no doubts” over the Durham man’s state of mind.

“I sat him down last night, just me and him, and I asked him brutally and honestly if he was in the right place to play for England and he assured me that he’s ready to perform at his best,” added Root.

“From that perspective, I have no worries or doubts that he will go and deliver just like he has so many times.”

Curran has impressed since coming into the England team for the second Test against Pakistan in June.

The 20-year-old averages 36.75 with the bat, 23.50 with the ball and his maiden half-century rescued England from a seemingly hopeless position in the first Test against India.

His absence means England lose the variety of his left-armers from their attack, and Root rejected the notion Curran’s age meant the decision to leave him out was made easier.

“Sam has bought something very different to the attack,” said Root. “He’s done an exceptional job throughout the series.

“I’ve seen it touted around that it’s the easy option to leave him out, but I don’t see it that way. He’s been fantastic when he’s played and I still feel he has a big part to play throughout this series to come.”

India came close to winning the first Test, but were hammered by an innings at Lord’s.

They have now lost nine of their past 11 Tests in England and must win in Nottingham to have a chance of earning their first series success in this country since 2007.

“The only option is to win this game and nothing else,” said Kohli.

“It’s actually a good situation to be in because you literally have no room for thinking about anything else apart from the team requires at that particular moment.

“Is it up to individuals to stand up and say: ‘I’m going to go out there and make a difference.'”

US threatens more sanctions on Turkey over detained pastor