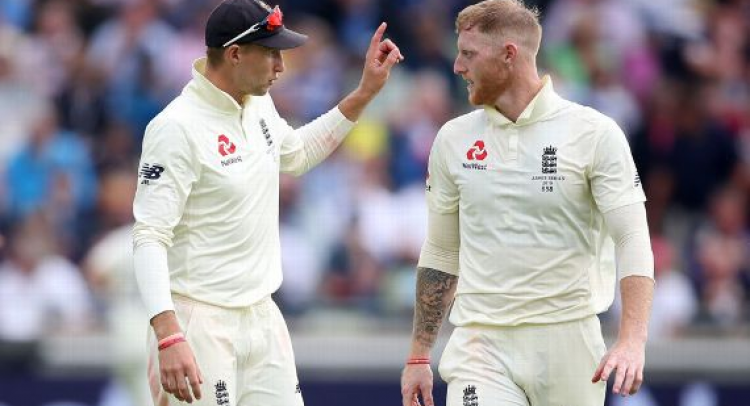 Ben Stokes would make a “fantastic” Test captain if he was required to step up to lead the side during the forthcoming series against West Indies, according to the man he would replace, Joe Root, who says he will attend the birth of his second child in July, even if it means stepping out of England’s bio-secure “bubble”.

Although Root admitted that the exact protocols for the birth would be determined by the latest government advice, the likelihood is that he would be required to miss at least one, and maybe two Tests of England’s condensed schedule, given that all three West Indies Tests are set to take place in a three-week block between July 8 and July 28 at the Ageas Bowl and Old Trafford.

And if that was the case, then Stokes, who was last year reinstalled as Root’s official vice-captain, would be the frontrunner to lead the side in his absence – quite the turnaround for a player who had been left fearing for his future following the events in Bristol in September 2017, the last occasion that West Indies visited for a bilateral tour.

“I think if Ben was captain he would be fantastic,” said Root. “One of his great qualities as vice-captain, and as a leader, is he sets the example. The way he goes about his training, how he wants to bowl in difficult circumstances, the way he stands up in different scenarios with the bat … he drags people with him and gets the best out of the players around him.

“I think that’s a great quality to have as a leader and something he can take into captaincy if he was to get the opportunity. I could see him doing a very good job.”

England have had a mixed record with allrounders at the helm. Ian Botham was famously sacked midway through the 1981 Ashes after 12 winless matches, while Andrew Flintoff’s initial success as Michael Vaughan’s stand-in on the 2006 tour of India gave way to ignominy the following winter when England’s hold on the Ashes was ended in a 5-0 whitewash.

The general consensus with both of those players was that the responsibility of the England captaincy eroded the spontaneity of their best performances. However, while Root agreed that Stokes would rise to the occasion in a one-off capacity, he was also happy to talk up his credentials as a potential long-term successor.

“I think those qualities will serve him well,” Root said. “People will always look up to him and want to play for him, whether [he’s] captain or not. But especially as captain, he’ll have people wanting to play for him and, short-term, he’d be a huge success.

“Until you get the opportunity to do it longer, you just never know, it might be a huge success … I wouldn’t put it past him. Throughout his career he’s always responded well and Test captaincy is more than just a bit of added responsibility.

“Over time it does take a lot out of you, but he’s a very impressive player and man in our dressing room. I’d never say Ben Stokes can’t do anything, he’s pretty much proved that.”

After 39 Tests as captain, however, Root insisted he was not yet ready to contemplate the end of his three-year tenure, adding that the enforced break from action had been a welcome opportunity to take stock of a career that – had it not been for the postponement of the recent tour of Sri Lanka – would have been closing in on 100 Tests and 8000 runs this summer.

“I’ve enjoyed it and benefited from it, having a bit of time to think about the game as a batter and as a captain,” Root said. “Take a bit of stock [about] the best way to take the team forward and how I will get the best out of myself for the next couple of years. I could see that having a big impact on my longevity.

“Hopefully that has a positive impact on both sides of my cricket, and we can start seeing a few more converted scores and England winning plenty of games.”

Root’s official return to training began on Monday at Trent Bridge, rather than his county home of Headingley, a decision he said had been made for the sake of his daily commute, as well as for the opportunity to be reunited with his former England coach, Peter Moores, with whom he underwent a one-on-one session.

“I obviously spent a good couple of years working with Pete on my batting and you could argue that some of my best years batting-wise were whilst he was in charge,” said Root, who made four unbeaten hundreds in ten Tests under Moores in 2014-15, including a best of 200 not out against Sri Lanka at Lord’s.

“It has been nice to touch base with him again,” he said. “There wasn’t much coaching done yesterday. It was more about getting back into it, hitting some balls, and feeling good. It would be nice to get his input on things as the week progresses, leading into the next phase.

“To start with everything seems a million miles an hour,” Root added. “Slowly, as a few hours went on, it seemed to come back to me. By the end of it I felt really good. It was really nice to enjoy batting again. I think a lot of players will have found positives from having a period of time away from cricket, and feel really refreshed and energised coming back into it.

“For me, having played almost consistently for such a long period of time and some quite high-pressured cricket in the last couple of years in particular, to get a chance to get away, I definitely feel that will benefit me moving forward into this next phase.”

Photo: Ben Stokes is set to deputise for Joe Root at some point this summer (Getty Images)

What next for Premier League's 'Project Restart'