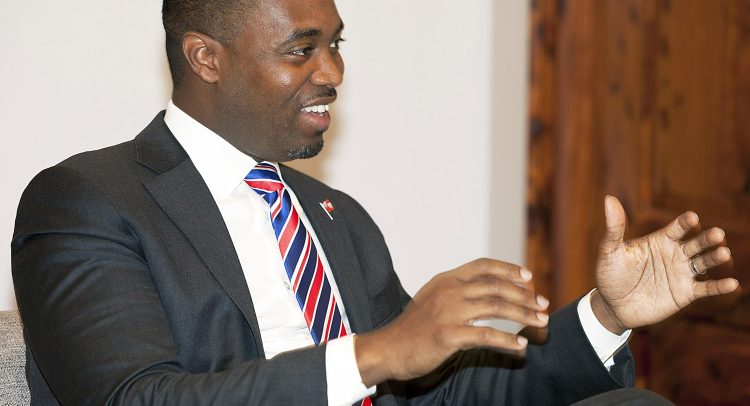 Premier David Burt has marked the 50th anniversary of the introduction of universal adult suffrage in Bermuda by issuing a fresh rallying cry for independence in this British Overseas Territory.

Independence has long been the goal of his ruling Progressive Labour Party (PLP) — even though it was ruled out in a 1995 referendum — and on Tuesday Burt pledged to lay the platform for breaking ties with the United Kingdom as he lamented being under British rule.

Burt, who is also finance minister, told the House of Assembly it was “unacceptable” to have “decisions made thousands of miles away that impact our customs, our institutions and our livelihoods”.

Speaking during celebrations marking the 50th anniversary of universal adult suffrage, Burt told fellow legislators it was left to Bermuda to “finish the story by writing our own chapter called independence.

“Fifty years on, the story awaits an ending chapter. The question is, will today’s teenagers have to wait until they collect their pension cheques to read that chapter?”

“This constitution has been tested from within our island and without. Every meaningful test of the 1968 document teaches us that it is imperfect, that it is unfinished, and stands to be better cast in the image of Bermuda today.”

“The class of 1968 taught us to be better, and their example should influence all of us to finish the work that was started,” Burt said, adding that independence required a solid foundation of constitutional and electoral reform and “our charge after this ceremony is to collectively build that foundation”.

Politicians from the past and present attended the special sitting of parliament to mark the 50th anniversary of the historic general election of 1968, which came after a long struggle for full voting rights in Bermuda.

The now defunct United Bermuda Party (UBP) won that election and went on to govern the island for 30 years until the PLP broke the UBP’s grip on power to win the 1998 election.

The PLP remained in charge for 14 years until, amid rising unemployment; it narrowly lost the 2012 election to the One Bermuda Alliance (OBA), which had been formed the previous year in a merger between most remaining UBP MPs and the short-lived Bermuda Democratic Alliance. But the PLP returned to power in last year’s election when it crushed the OBA by 24 seats to 12.

On Tuesday, the floor of parliament was opened for guest seating as Dennis Lister, the Speaker of the House, welcomed former members.