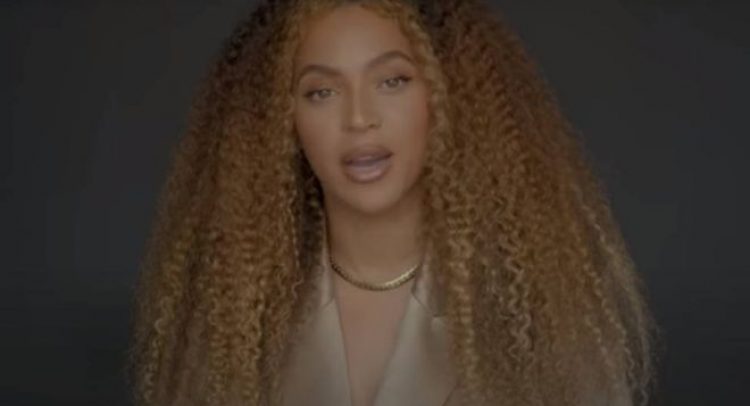 Beyonce speaks out against racism and sexism in graduation speech

Beyonce thanked graduates for “using their collective voice” to support the Black Lives Matter movement in an emotional online speech on Sunday.

The singer was joined by other big names such as Alicia Keyes, Lady Gaga and former US president Barack Obama.

There were no actual scrolls to hand out, but plenty of pearls of wisdom.

The first lady of pop, Beyonce, gave kudos to scholars for their qualifications, which she said arrived “in the middle of a global crisis, a racial pandemic and worldwide expression of outrage”, referring to the protests around the death of George Floyd.

“And you still made it. We’re so proud of you,” she declared.

She went on to thank graduates everywhere for spreading the word that “Black Lives Matter”.

“Real change has started with you, this new generation of high school and college graduates we celebrate today,” she added.

The Grammy-winning star also took aim at sexism within the music industry and beyond, and signed off with a shout-out to marginalised groups.

“Your fight for people who may be different from you is beautiful.”

Fellow singer Alicia Keys also used the streaming platform to acknowledge the efforts of protesting students. “I see you. You’re unstoppable,” she told them.

Lady Gaga admitted she had written her speech two weeks ago but had to give it a re-write in light of recent events.

“You are watching what is a pivotal moment in this country’s evolution. You’re watching society change in a deeply important way,” she declared.

The singer compared contemporary America to a forest, “planted with racist seeds”.

“It’s you who are the seeds of the future” she told the alumnus, calling on them to continue to change perceptions about race, as they begin their new lives.

“Congratulations to the class of 2020; I can’t wait to see your forest.”

Set against the backdrop of a worldwide coronavirus crisis, and mass Black Lives Matter protests, this year’s socially-distanced graduation ceremony was, admitted the former POTUS, “not how any of you imagined”.

“Don’t let the lack of a big crowded ceremony take anything away from what your graduation signifies” though, Obama encouraged.

“Go ahead and bask in the glory of your achievement.

“And wherever you are take lots of photos – although when I look at my graduation pictures the main thing I realise is that I should’ve got a haircut more often!” he joked.

President Trump’s predecessor added that this year’s crop were “graduating into a world that faces more profound challenges than any generation in decades,” but that they were up to it.

“You make me optimistic about our future,” he said, as “the old normal wasn’t good enough”.

He urged: “Be alive to one another’s struggles. Stand up for one another’s rights. Leave behind all the old ways of thinking that divide us: sexism, racial prejudice, status, greed. Set the world on a different path.”

Michelle Obama encouraged graduates to go beyond social media to try to bring about change.

“Sometimes it’s easier to stand with strangers at a protest than it is to challenge someone in your own backyard. So if you hear people express bigoted views or talking down to ‘those people,’ it is up to you to call them out. Because we won’t solve anything if we’re only willing to do what’s easiest.”

Best of the rest: K-Pop, Dr Seuss and Jedi wisdom

Also on the live-streamed video, K-pop megastars BTS, who have donated $1m to Black Lives Matter, treated everyone to a celebratory 12-minute medley of their hits.

Katy Perry performed her new single Daisies. “You are the future, make the world a better place,” she declared.

“With that, your training is over,” Hamill told young Jedis everywhere, afterwards. “Now go forth and become more powerful than you can possibly imagine.”