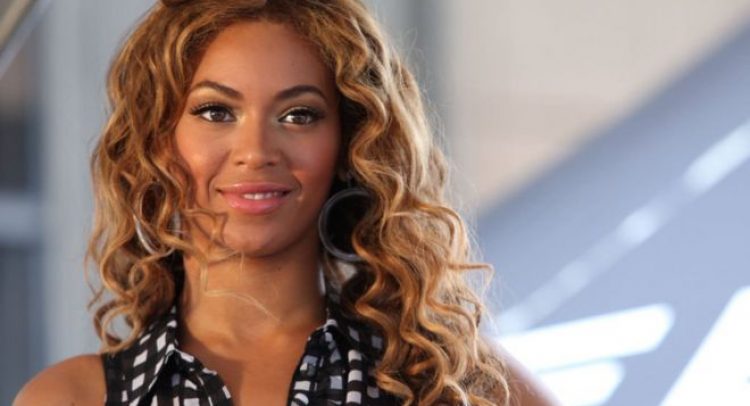 Beyoncé’s BET speech: ‘Vote like our life depends on it’

Beyoncé urged black communities to vote in the upcoming US elections, as she accepted an honour for her humanitarian work at the BET Awards.

Dedicating her award to protesters around the country, the star said: “You’re proving to our ancestors that their struggles were not in vain.”

“I’m encouraging you to continue to take action, continue to change and dismantle a racist and unequal system.

“We have to vote like our life depends on it, because it does.”

Beyoncé was presented with her award by Michelle Obama, who praised the star’s commitment to the black community.

“You can see it in everything she does, from her music that gives voice to black joy and black pain, to her activism that demands justice for black lives.

“And she’s doing it all while staying devoted to her children and the loved ones she holds dear,” she continued. “To my girl, I just want to say – you inspire me. You inspire all of us.”

The deaths of George Floyd and Breonna Taylor, as well as the ongoing Black Lives Matter protests, were reflected throughout this year’s ceremony.

DaBaby, who won best male hip-hop artist, re-enacted the last moments of Mr Floyd’s life, rapping his hit Rockstar with his face pressed against the ground as a police officer knelt on his neck.

The performance also featured images from protests, as dancers held signs that said “Black Lives Matter” and “Defund The Police”, as the rapper and Roddy Ricch danced on top of police cars.

Twelve-year-old Keedron Bryant, who went viral on social media with a song about his fears of being a young African-American, opened the show with an a cappella performance of the poignant track, I Wanna Live.

That was followed by an all-star performance of Public Enemy’s 1989 anthem Fight the Power, featuring Nas, YG, The Roots’ Black Thought, and Rapsody.

Jennifer Hudson delivered a gospel rendition of Nina Simone’s Young, Gifted and Black, while Alicia Keys performed a haunting version of her new single A Perfect Way To Die.

The star was seen playing the piano in a deserted city, surrounded by murals to Floyd, Taylor, Ahmaud Arbery and Sandra Bland.

As the song ended, she stood up from her piano and knelt on the street, which had been stencilled with names of dozens of black men and women whose lives have been lost to racism and police brutality.

This year’s BET Awards were a virtual event because of the coronavirus pandemic, and the performances and speeches were pre-taped, allowing for dramatic stagings and high production values.

Award recipients included Lizzo, who was named best female R&B/pop artist, beating Beyoncé, who has won the category 10 times, including the last six years in a row.

Chris Brown won best male R&B/pop artist for a record fifth time, while Michael B. Jordan picked up his third best actor trophy – tying him with Denzel Washington for the most wins in the category.

Beyoncé’s eight-year-old daughter Blue Ivy Carter was also a winner, picking up an award for her contribution to the song Brown Skin Girl, from her mother’s Lion King album.

And gymnast Simone Biles – who recently debuted a never-before-seen triple-twist, double back dismount from a balance beam – won sportswoman of the year for the first time.

She beat tennis legend Serena Williams, who had won 12 times in the category, including the last six years in a row.

VIDEO OF THE YEAR

VIDEO DIRECTOR OF THE YEAR

ALBUM OF THE YEAR

SPORTSWOMAN OF THE YEAR

SPORTSMAN OF THE YEAR