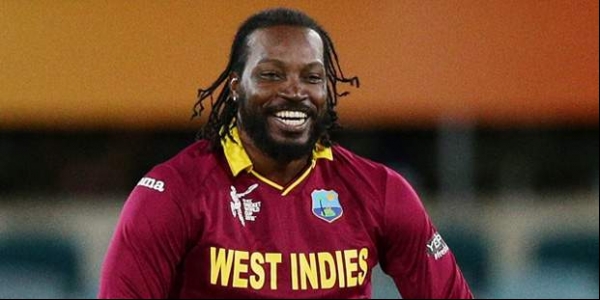 Veteran West Indies batsman Chris Gayle is confident he will still be hitting sixes at the World Cup next year and insists his explosive style has changed the one-day game.

Gayle is a well-known one-day mercenary appearing in T20 events around the world and has scored more than 3,000 runs in the Indian Premier League — including hundreds of boundaries. He hit 142 runs in a recent one-day international series against Bangladesh that the West Indies lost 2-1. The explosive left-hander will be 39 in September however and his often rocky relationship with the West Indies Cricket Board has led critics to predict the end of his international career. He disagrees.

“Leading up to the 2019 World Cup and play in England, that is the objective to meet,” Gayle told reporters in New Delhi on Friday.

“We are going to have a discussion with the selectors, captain and coach and see how we go about it,” the batsman added.

Gayle equalled former Pakistan batsman Shahid Afridi’s record of 476 sixes in all formats during his 73-run knock in the third match against Bangladesh this week.

He also holds the T20 record of 18 sixes in an innings during a Bangladesh Premier League game last year and says his smash-the-ball style has changed the limited-overs game.

“I think you want to thank Mr. Gayle for doing that. He is the man who made those things possible,” said Gayle — the self-proclaimed ‘Universe-Boss’ on Twitter.

“Overall everything has changed, Test cricket has changed. It’s more entertaining for people who come to watch the game.”

But his run-scoring antics have not necessarily helped West Indies in recent times.

West Indies dominated world cricket in the 1970s and 80s but are now ranked seventh in T20s, ninth in ODI and eighth in Test matches.

“Things won’t just happen overnight. Talent is there but consistency is not there. Players need to go out there and have the self-belief to win series and not just win a one-off game,” he said. “Get into the habit of winnings series. It’s a long process. We definitely have a bright future with lot of youngsters coming in,” he opined.

Gayle is tipping names like Evin Lewis, Shimron Hetmyer and Shai Hope to make an impact at the World Cup in England next year.

Kohli defied critics and dragged India from a precarious 100-5 to 274 in response to England’s 287 in the first innings.

“It was a fantastic innings and a captain’s knock. He converts a lot of those half-centuries into hundreds which is very good,” said Gayle.

“From the captain’s point of view he boosts his players up to have that self-belief to go there and win games,” he added.

“The way he batted with the tail enders, you can see the guys were very determined. Because of his presence they play with more and more guts and determination.”

China stands its ground after Trump amps up tariff threats

'It was a massacre': Dozens killed in Saudi air raids on Hodeidah