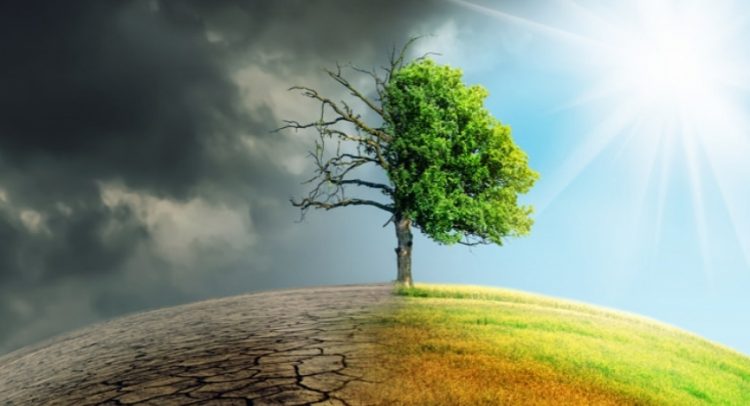 Big-impact athletes not making a dent on climate change

The effects of climate change are staring athletes dead in the eye.

The increased expenses of cooling Stadia around the world should be disturbing enough.

The thing is, I can list everyday people who try to spread knowledge about it. I remember reaching out to Suzanne Stanley, CEO of the Jamaica Environment Trust because I was curious.

I wanted to know more about the environment and climate change and I wanted to share that knowledge with others. She answered all my questions.

There aren’t many athletes who, with their millions of Instagram followers and big endorsement contracts who have taken similar steps. Maybe it isn’t their job, but it is their business.

Sport contributes to climate change in more ways than we think. Researchers have even dubbed the industry’s impact on the environment, an ‘inconvenient truth’.

Here’s one example. To fill a stadium ahead of an event, athletes, spectators and the media travel. This travel impacts the environment in major ways. Air travel, driving by bus, taxi, or personal vehicles add to the regular release of carbon dioxide into the air.

Carbon dioxide traps heat— increasing the global temperature. As places get hotter, you may find just as sport impacted the environment, the environment will now begin to impact sport.

At the 2010 World Cup in South Africa, water breaks became a regular part of the game. Interestingly, water breaks just to help footballers survive 90 minutes on the pitch are expected to be part of the sport for the foreseeable future. Will we wait until the medical requirements for playing a game of football become too prohibitive for the game to be played? Maybe that is too far down the road for some of us to look.

However, every few years, there are a number of cities and/or countries that bid on major international events like the World Cup or the Olympic Games. For a bid to be successful, that country or city has to prove it can provide the facilities to host those games.

Yes, you guessed it, these stadia are going to be built at the expense of trees. Trees in the construction, as well as trees just to make space.

Sports like car racing contribute to the carbon footprint. These athletes get paid to do a sport that glorifies the internal combustion engine. When income is involved (and lots of it) it’s easy to turn a blind eye.

Formula One racing, for instance, is a billion-dollar-per-year business, climate change be damned.

NASCAR is another racing entity that hovers around the billion-dollar mark as well, but the need for big engines and blinding speed will mean, unlike the circuit has done with the Black Lives Matters campaign, there won’t be too much change.

What I’m saying is, we all have a part to play in spreading awareness about climate change. This includes how we contribute to it and ways to mitigate/adapt to it. But athletes are barely doing anything. Hardly ever utilizing their following.

Why aren’t the voices from athletes posting information about climate change on social media platforms as big as the carbon footprint their sports leave?

Let me make some suggestions that won’t hurt an athlete.

There are fun and accurate infographics about climate change that are free to share. Infographics aren’t overwhelming— this is good for short attention spans. They give relevant information quickly and clearly. The visuals help too.

But before athletes can share information, they have to educate themselves. Luckily, they can ask around as I did.

There are athletes who do their part and are providing an example for others to follow.

Elaine Thompson was the ambassador for NuhDuttyUpJamaica and participated in the International Coastal Cleanup Day in 2017.

It’s an eye-opening experience to see just how much waste is collected.

Last but not least, and I don’t envisage this happening anytime soon, but athletes and the associations that fund events need to begin sanctioning countries that don’t take climate change seriously. Don’t compete in those countries. Let’s see the reformative power of sport at work.

The lack of advocacy from athletes would suggest they aren’t impacted by climate change.

Maybe their spacious houses have a pool and air conditioning to keep them cool. Perhaps they fly out to another country when the weather in their own takes a turn for the worse, who knows?

What I do know is climate change affects everyone. We all need to speak up about it.