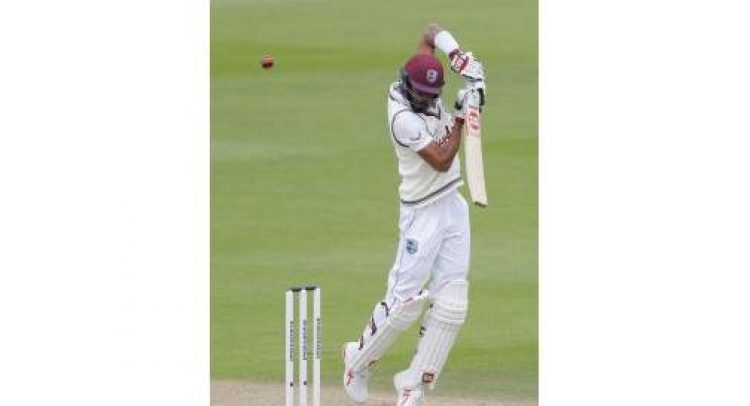 West Indies Assistant Coach Roddy Estwick believes the tour of New Zealand could be a pivotal one for Roston Chase to finally assert himself as a genuine, world-class all-rounder.

Even while conceding that Chase had been one of the consistent performers for West Indies in recent years, Estwick said it was critical the 28-year-old now took his standard to a new level and assert himself among Test cricket’s best.

Estwick also stressed that Chase was a key component of the Caribbean side’s batting machinery which needed to fire on all cylinders during the upcoming two-Test series.

“He’s been around long enough now. He’s had four years of Test cricket, he knows what Test cricket is about,” Estwick said referring to Barbadian Chase, who has played 35 Tests.

“And for us in that engine room — Jason Holder, Roston Chase, Shane Dowrich — they’re the ones that have been carrying us with the bat for a number of years.

“It’s up now for the Kraigg Brathwaites and John Campbells and Darren Bravos back, people like that have to step up and give us a foundation and give us a platform so those coming in can play a lot freer and not be constantly under pressure.”

Chase averages 31 with five hundreds, but it has been his off-spin bowling with which he has also starred, and has so far managed 69 wickets at 41 apiece with three five-wicket hauls.

In fact, it was his career-best eight for 60 last January at Kensington Oval which fired West Indies to a massive 381-run crushing of England in the first Test, laying the basis for an historic 2-1 series win.

All told, the 28-year-old averages 31 with the bat in 43 Tests and has scored three hundreds, while taking 116 wickets at 26 apiece.

And Estwick said Holder’s performance would also be key in New Zealand, especially since he brought so much value to the side with the various aspects of his game.

“His record speaks for itself. Having the burden as captain, [being] one of the main bowlers and also one of the main batsmen — they’re not too many people in the world that does what Jason does, and Jason is a tremendous asset,” Estwick pointed out.

“He’s growing all the time as a leader as well, you can see his leadership qualities coming out in the IPL [Indian Premier League]. And he’s bowling well and once he can continue along that vein, I’ve got no worries about Jason Holder at all.”

West Indies left the Caribbean on Tuesday for New Zealand where they play three Twenty20 Internationals and two Tests from November 27 to December 15.

They will first undergo 14 days of quarantine due to the COVID-19 pandemic before beginning their training and match preparation in earnest.

Holder is one of several players from the touring party currently campaigning in the IPL ongoing in the United Arab Emirates and will link up with the side once fulfilling his commitments.

Over 23,000 flu vaccines available to most vulnerable as flu season approaches