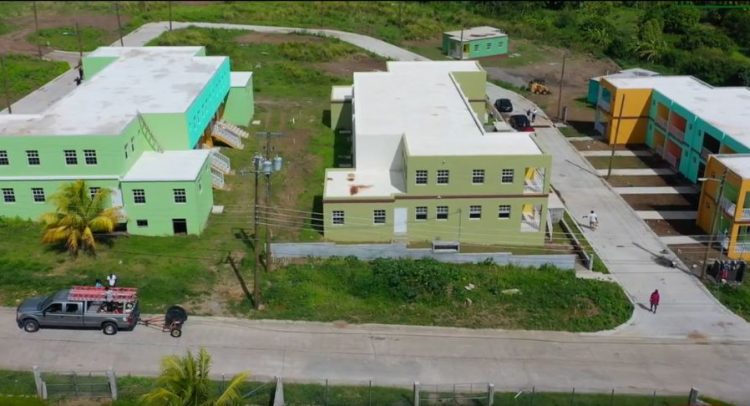 The National Housing Corporation (NHC) has constructed 504 homes in St. Kitts since 2015, helping to relieve the demand for housing by families.

Minister responsible for Human Settlement, the Honourable Eugene Hamilton, said that he was proud of the record by the government in helping deserving individuals to own a piece of the rock that will likely remain in their family for generations.

The housing solutions were constructed across all eight constituencies in St. Kitts.

“This is a significant achievement in this short period given the fact that from early 2020 we have been plagued by the pandemic, which has disrupted life as we knew it, causing much of the sector to be slow in producing homes during that particular period,” Minister Hamilton stated on the February 15 edition of Leadership Matters.

Minister Hamilton noted that there are also several housing projects that were also constructed over the last seven years that were not counted in the 504 homes mentioned earlier. These include 24 studio apartments at Ponds and 15 Petrocasas homes at Mansion Village.

“Those two numbers together mean that another 39 families will benefit from the work of the Team Unity administration,” Honourable Hamilton said.

Photo: Homes at the Stapleton Housing Project were distributed in early February 2022