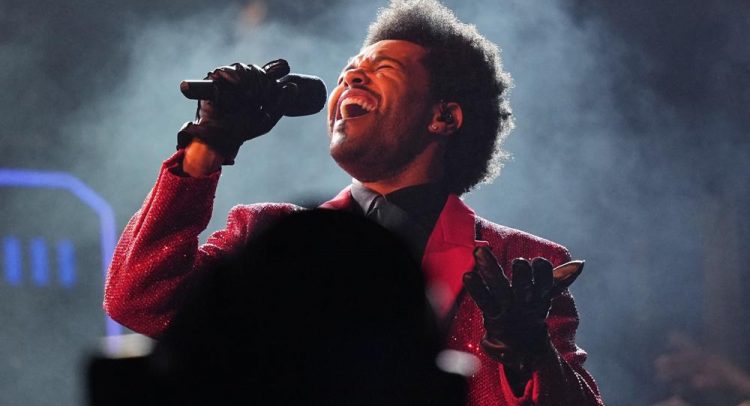 NEW YORK (AP) — The Weeknd was snubbed by the Grammys but he’s the leading nominee at the 2021 Billboard Music Awards, where rappers Pop Smoke and Juice WRLD earned multiple posthumous nominations, including top artist, and disgraced country singer Morgan Wallen is a six-time nominee.

The Weeknd, Juice WRLD and Pop Smoke — the third most-nominated act — are up for top artist along with Taylor Swift and Drake, the show’s most decorated winner of all-time. The Billboard Awards will air live on May 23.

The Weeknd earned 16 nominations, including top male artist, top R&B artist, top Billboard 200 album for “After Hours” and top Hot 100 song for “Blinding Lights,” the No. 1 song of last year. DaBaby — thanks to his own hit “Rockstar” and his guest appearance on Jack Harlow’s “What’s Poppin” — is second with 11 bids, and he will battle himself in categories like top rap song, top streaming song and top collaboration.

Pop Smoke, who follows with 10 nominations, died last February at age 20 as his songs and mixtapes began to make a splash on the pop and rap charts. His official debut album, “Shoot for the Stars, Aim for the Moon,” was released last July and dominated the charts and streaming services, along with platinum-selling songs like “For the Night,” “What You Know About Love” and “Dior,” which earned him a Grammy nomination this year. His Billboard nominations include top new artist, top male artist, top rap artist and top Billboard 200 album.

Juice WRLD died in Dec. 2019 at age 21. His posthumous album, “Legends Never Die,” was released a week after Pop Smoke’s album and set several records on the Billboard charts, becoming the biggest posthumous debut in 23 years since Tupac and Notorious B.I.G. posthumously released albums in 1997.

Others battling The Weeknd, Pop Smoke and Juice WRLD for top album include Lil Baby’s “My Turn” and Swift’s “folklore,” which last month won the star her third album of the year Grammy.

Morgan Wallen wasn’t allowed to compete at this month’s Academy of Country Music Awards because the singer was caught on camera using a racial slur earlier this year, but he’s one of the top nominees at the Billboard Awards. His six nominations include top song sales artist, top country artist and top country album for “Dangerous: The Double Album,” which is currently No. 3 on the pop charts and continues to sell extremely well despite Wallen’s crisis moment. He’s even a double nominee in top country song, competing with the hits “Chasin’ You” and “More Than My Hometown.”

Wallen is a contender because the Billboard nominees are based on album and digital sales, streaming, radio airplay and social engagement, and they “are not chosen by a voting committee or membership organization,” dick clark productions said.

The producers said though Wallen is a multiple nominee, they won’t allow him to participate in the show.

“Morgan Wallen is a finalist this year based on charting. As his recent conduct does not align with our core values, we will not be including him on the show in any capacity (performing, presenting, accepting),” the statement read. “It is heartening and encouraging to hear that Morgan is taking steps in his anti-racist journey and starting to do some meaningful work. We plan to evaluate his progress and will consider his participation in future shows.”

Wallen’s not the leading country music nominee though — that goes to breakthrough singer Gabby Barrett, who is the most-nominated woman with nine bids. She dominated both the country and pop charts with her Charlie Puth-assisted hit “I Hope,” and she’s up for honors like top new artist, top Hot 100 song, top radio song, top country album and top collaboration. She’s the sole woman nominated for top country artist and top country song.

The Billboard Awards are based on the chart period of March 21, 2020 through April 3, 2021. Two of the 51 categories are fan-voted, including top collaboration and top social artist, where Asian acts dominate. Nominees include K-pop groups BTS, BLACKPINK and Seventeen; Filipino boy band SB19; and Ariana Grande.

FILE – The Weeknd performs during the halftime show of the NFL Super Bowl 55 football game on Feb. 7, 2021, in Tampa, Fla. The Weeknd was snubbed by the Grammys but he’s the leading nominee at the 2021 Billboard Music Awards. (AP Photo/David J. Phillip, File)

CEO OF St. Kitts and Nevis Tourism Authority says vaccination is our only hope

East Line Bus Terminal Back In Use