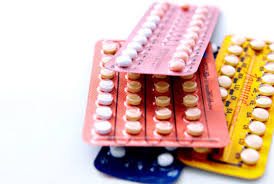 Oral contraceptives increase the risk of ischemic stroke, but this risk is very small among women who do not have other stroke risk factors, according to a Jan. 3, 2018 paper in the journal MedLink Neurology by Loyola Medicine stroke specialists.

Birth control pills do not increase the risk of hemorrhagic strokes, wrote neurologists Sarkis Morales-Vidal, MD, and José Biller, MD. Ischemic strokes, which account for about 85 percent of all strokes, are caused by blood clots.

Hemorrhagic strokes are caused by bleeding in the brain.

Several mechanisms have been proposed to explain why oral contraceptives increase stroke risk, including by raising blood pressure and by making blood hypercoagulable (more likely to clot).

When prescribing hormonal contraceptives, physicians should consider the type and dose of estrogen or progestin and route of administration (such as pill or patch). “The ideal drug is one with the lowest estrogen and progestin doses that will be effective in preventing pregnancy while minimizing adverse effects,” Drs. Morales and Biller wrote.

For healthy young women without any stroke risk factors, the stroke risk associated with oral contraceptives is very small.

“However, in women with other stroke risk factors, the risk seems higher and, in most cases, oral contraceptive use should be discouraged,” Drs. Morales and Biller wrote. These risk factors include high blood pressure, cigarette smoking and migraine headaches, especially migraines with sensory disturbances called aura (such as flashes of light and tingling in the hands or face).

However, women may not always be adequately screened. One previous study found that, among women with one or more stroke risk factors, only 15 percent recalled being advised not to start oral contraceptives and only 36 percent remembered being told to stop. Fifteen percent of women were still taking oral contraceptives despite being told to discontinue. These findings highlight the need to improve physician counseling and patient compliance, Drs. Morales and Biller wrote.

Their report is titled “Hormonal Contraception and Stroke.” It is an update of a report originally published in Medlink Neurology in 2003.

Dr. Morales is an associate professor and Dr. Biller is a professor and chair of the department of neurology of Loyola University Chicago Stritch School of Medicine.

Autopsy reveals cause of Frenchman’s death