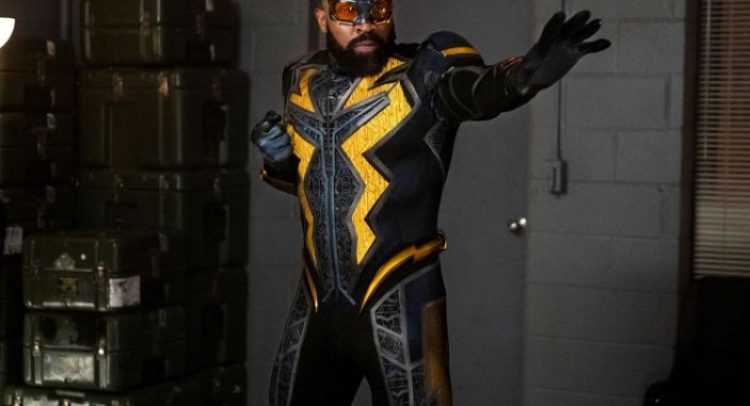 Black Lightning is powering down in 2021.

On Friday, the CW announced that the Cress Williams-led superhero drama’s upcoming fourth season will be its last. A reason for the show’s cancelation wasn’t given at the time of the announcement, but showrunner Salim Akil did release a statement thanking everyone who has watched and been involved with the show.

“When we first started the Black Lighting journey, I knew that Jefferson Pierce and his family of powerful Black Women would be a unique addition to the super hero genre. The love that Blerds and all comic book fans around the globe have shown this series over the past three seasons proved what we imagined, Black People Want To See Themselves in all their complexities,” said Akil in the statement. “Thank you to the phenomenal cast, writers and crew without whom none of this would’ve been possible. I’m incredibly proud of the work we’ve been able to do and the moments we’ve been able to create in bringing DC’s first African-American family of super heroes to life for the culture.”

Premiering in 2018, Black Lightning centered on Williams’ Jefferson Pierce, a teacher and retired superhero; however, in the pilot, he suited back up as Freeland’s electricity-powered hero Black Lightning after his daughters Anissa (Nafessa Williams) and Jennifer (China Anne McClain) were kidnapped by a local gang. Eventually, his daughters started developing powers and joined the family business as Thunder and Lightning, respectively. One of the most impressive aspects of the show is how it’s stories are inspired by real-life issues Black people face in America.

News of Black Lightning’s end arrives eight days after the CW and Warner Bros. TV announced that Akil was developing a spin-off centered on Jordan Calloway’s Painkiller, which would be introduced by a backdoor pilot in season 4.

“I’m very grateful to Peter Roth, Warner Bros. TV, Mark Pedowitz, The CW Network and Greg Berlanti for their partnership and support of my vision at every step of this journey. While Season Four may be the end of one journey, I’m extremely excited to usher in a new chapter and continued collaboration with The CW as we tell the story of Painkiller,” Akil said.

Black Lightning isn’t the only Arrowverse show ending in the new year. The upcoming sixth season of Supergirl will also be its last. On the bright-side, the network has another caped offering in the works: A Wonder Girl series, writer Dailyn Rodriguez (Queen of the South) and Greg Berlanti.