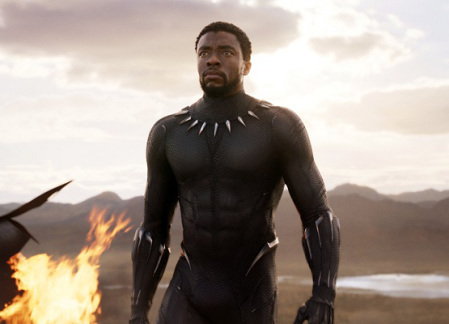 According to The Hollywood Reporter, the Marvel superhero blockbuster will help open the first movie theater in Saudi Arabia on April 18, ending a 35-year-ban on cinemas.

The Ryan Coogler-directed film, which has already earned more than $1.2 billion dollars since launching in February, will usher in Saudi Arabia’s long-awaited return to the cinema world, becoming the first film to screen to the public in a movie theater in the country since it lifted a 35-year cinema ban.

“Black Panther” will be given a gala première on April 18 in Riyadh at the first AMC-branded cinema, which was announced Wednesday. The 620-seat theater is a converted symphony hall in the King Abdullah Financial District, and is the first of hundreds of cinemas planned to open in the next decade.

The Chadwick Boseman-led film is set to play for five days in Riyadh and will be followed by “Avengers: Infinity War,” which is being given a day-and-date release on April 26.